First published on TECHNET on Mar 19, 2017
Hello, Claus here again. Today Intel is announcing the Intel Optane SSD DC P4800X device family, and of course Windows Server 2016 Storage Spaces Direct will support this device. The P4800X device promises better latency and better endurance, so we took these devices for a spin in a Storage Spaces Direct configuration, comparing them to the P3700 devices:

Notice that we have half the devices and a quarter the capacity for the Intel™ Optane™ P4800X device. The software and workload configuration were:


The test results are captured in the diagram below: 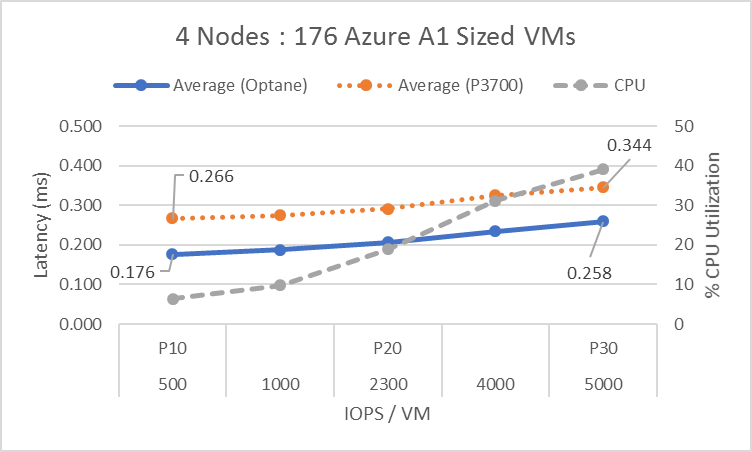 The second observation is that we see the same CPU utilization at 880K IOPS (throttled by Storage QoS), with 258µs latency on the P4800X devices vs 344µs latency on the P3700 devices, meaning that Storage Spaces Direct customers can realize the latency improvements without any additional CPU consumption.

Let me know what you think.