We’re excited to announce that we’ve released an updated version of Work Folders for Android to the Google Play Store which enables users to sync files that were created or edited on their Android device. 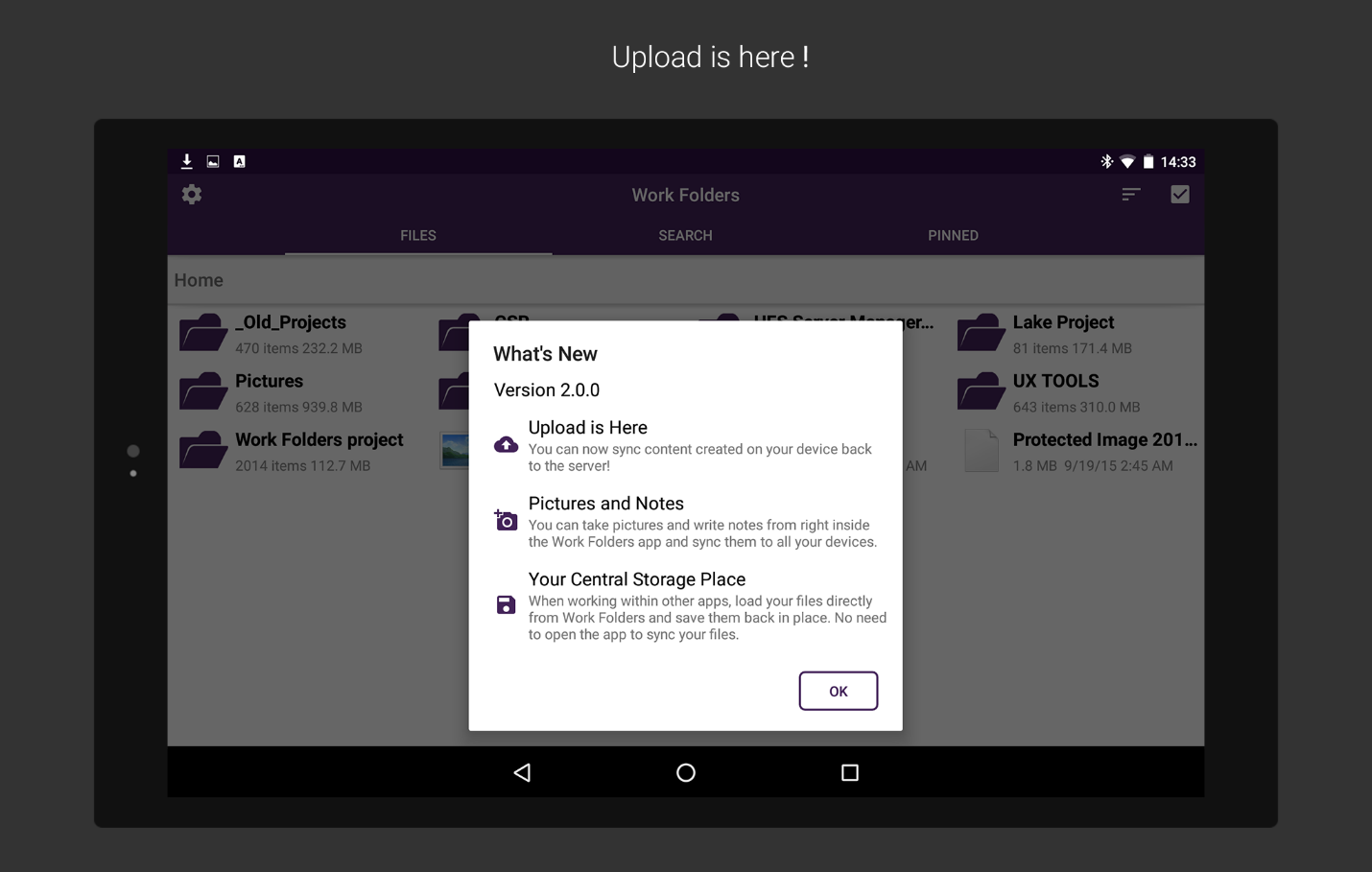 
Work Folders is a Windows Server feature since 2012 R2 that enables individual employees to access their files securely from inside and outside the corporate environment. The Work Folders app connects to the server and enables file access on your Android phone and tablet. Work Folders enables this while allowing the organization’s IT department to fully secure that data.


Using the latest version of Work Folders for Android, users can now:

For the complete list of Work Folders for Android features, please reference the feature list section below. 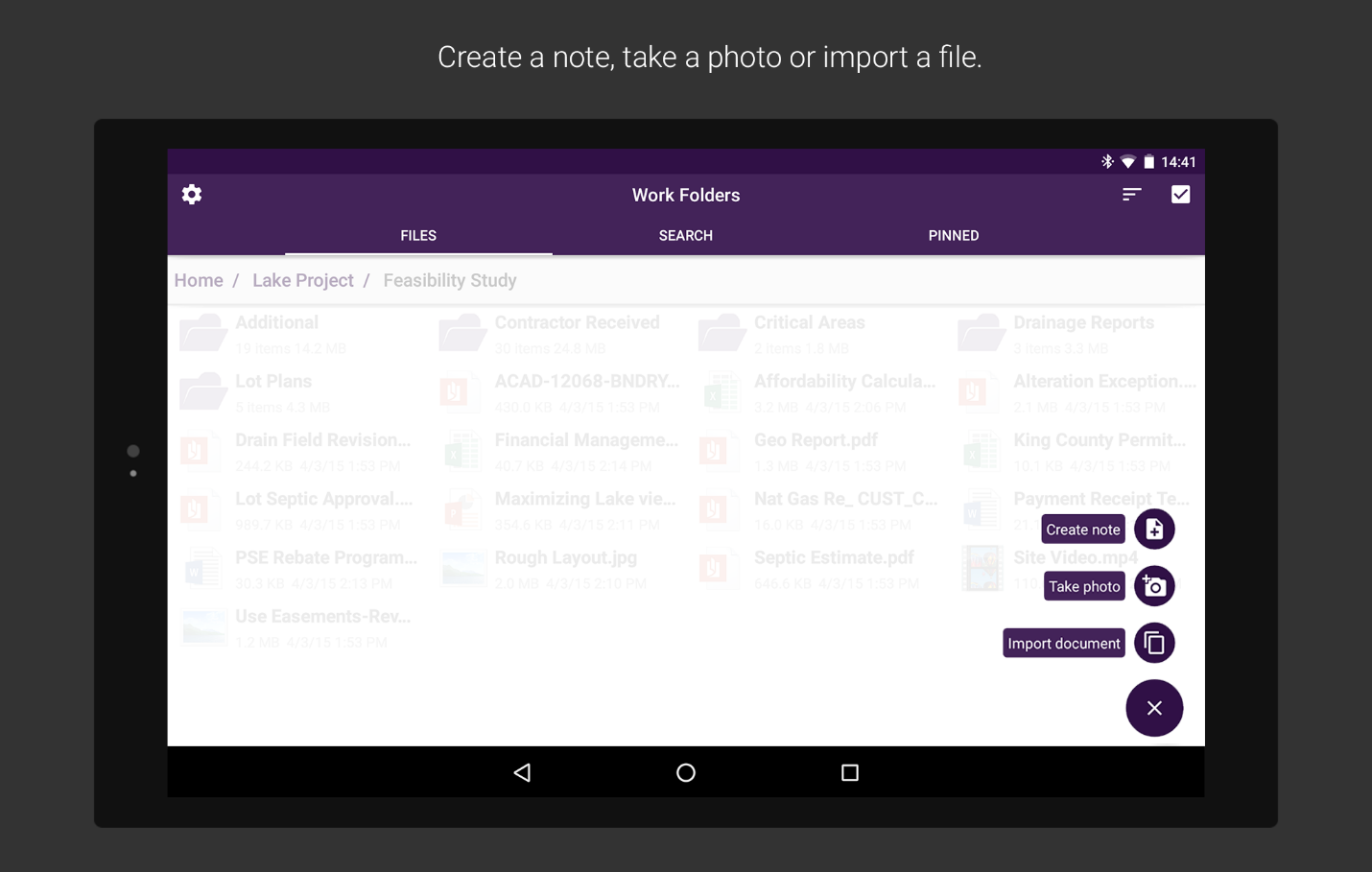 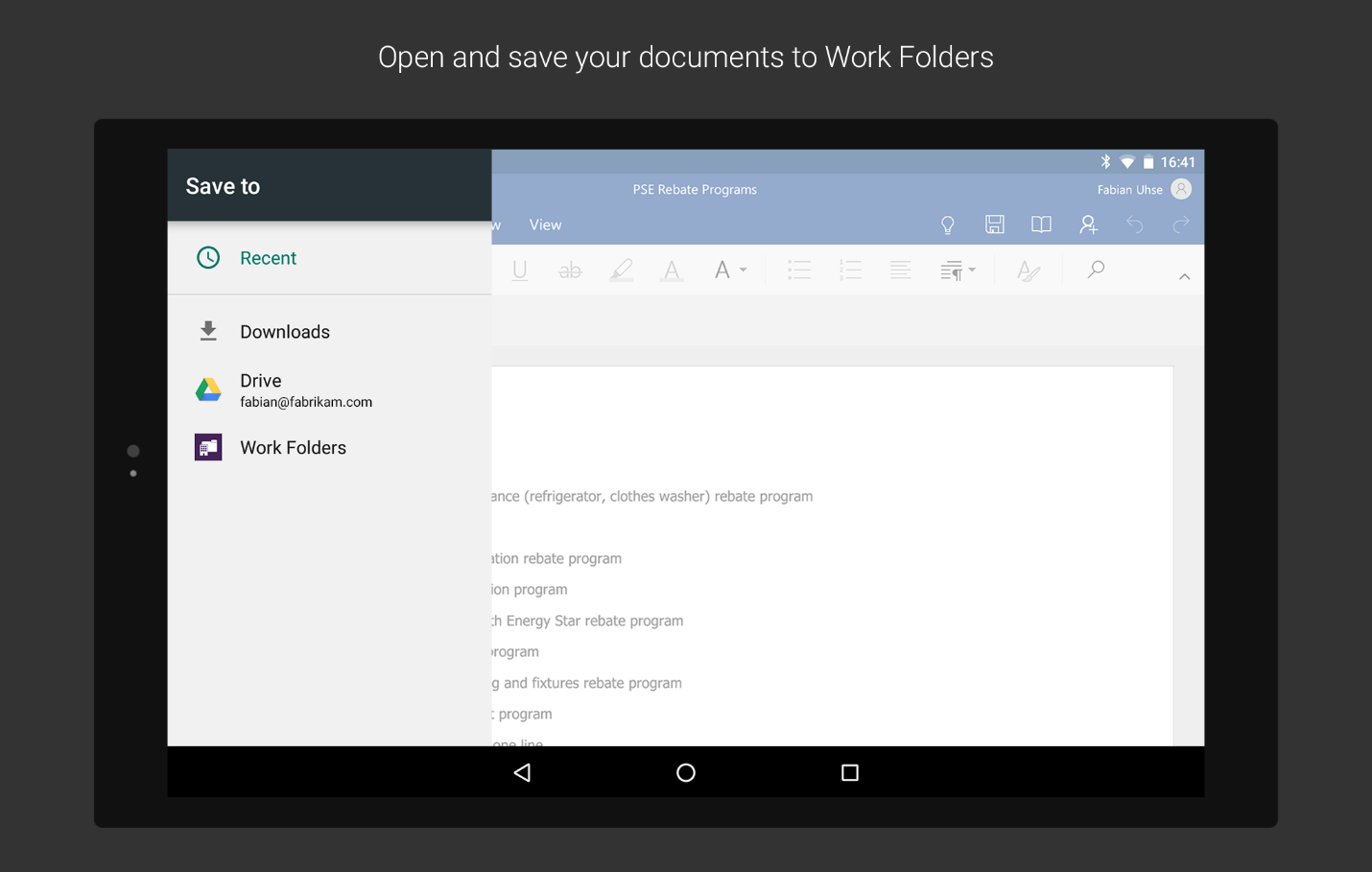 
If you’re interested in learning more about Work Folders, here are some great resources:


Introduction and Getting Started


REMEMBER: these articles are REPUBLISHED. Your best bet to get a reply is to follow the link at the top of the post to the ORIGINAL post! BUT you're more than welcome to start discussions here: Cancel reply