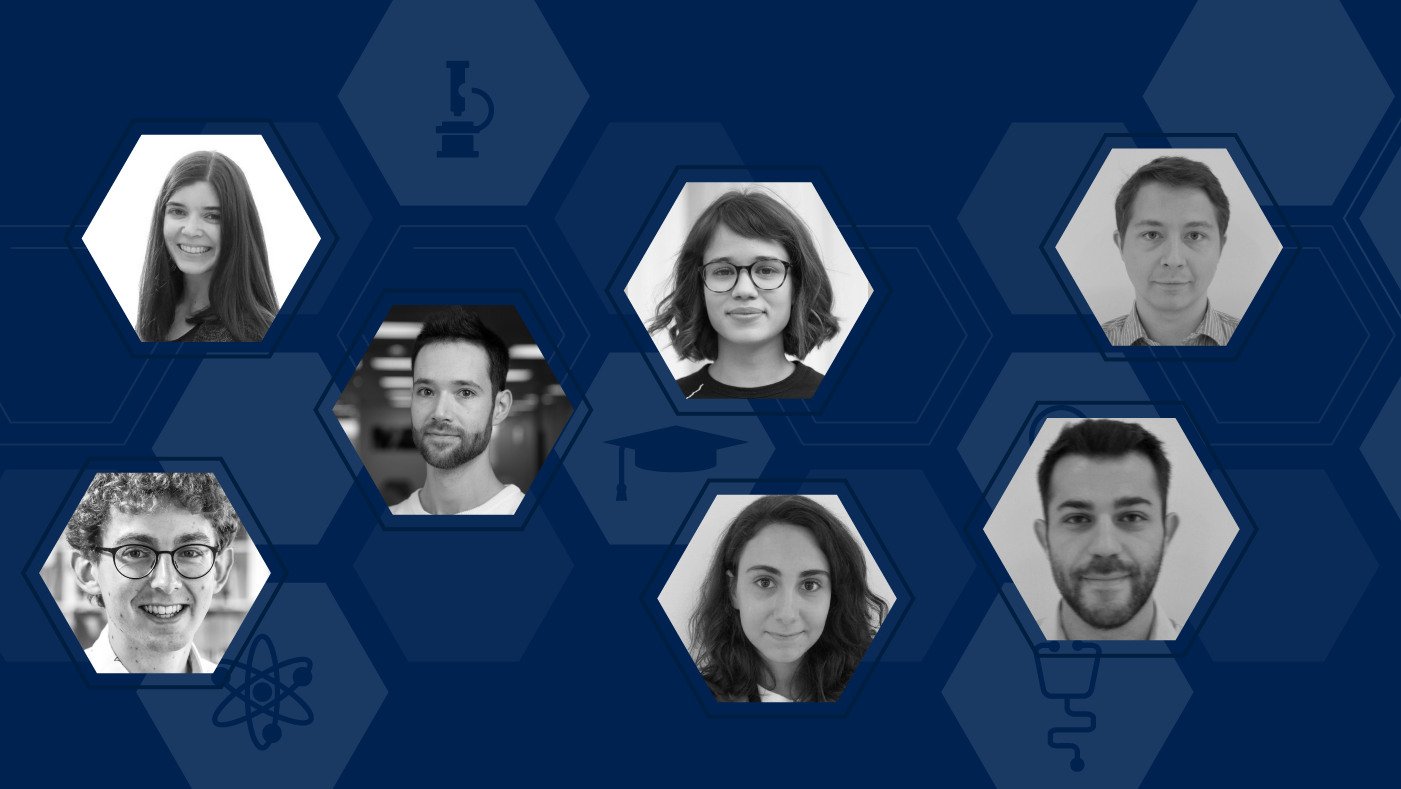 In September last year, the Microsoft AI Residency program graduated its first class. The second class is already settled in and undertaking an exciting range of projects, and recruitment for the third class is underway!

The AI Residency program is a 12-month program for early- and mid-career professionals to train as research software engineers in either Redmond, WA or Cambridge, UK. Both programs share common goals, with some differences due to the location of various project teams. In this post, I’d like to share some details about the program, illustrating how we deliver training to residents and describing the elements we incorporate into the program to achieve a successful and enjoyable experience.

Who joins the AI Residency program?

There is no common starting point for AI residents. Residents join the program with a wide range of degrees in subjects as diverse as neuroscience, aeronautical engineering, computer science, mathematics, and others. Most of the residents have at least a masters-level education, and some also have PhDs. In addition, some residents have general software experience. What they all have in common is a passion and drive to learn the skills needed to succeed in machine learning (ML) research and engineering by tackling real-world problems. In particular, the program equips residents with the skills to produce the next generation of intelligent systems. 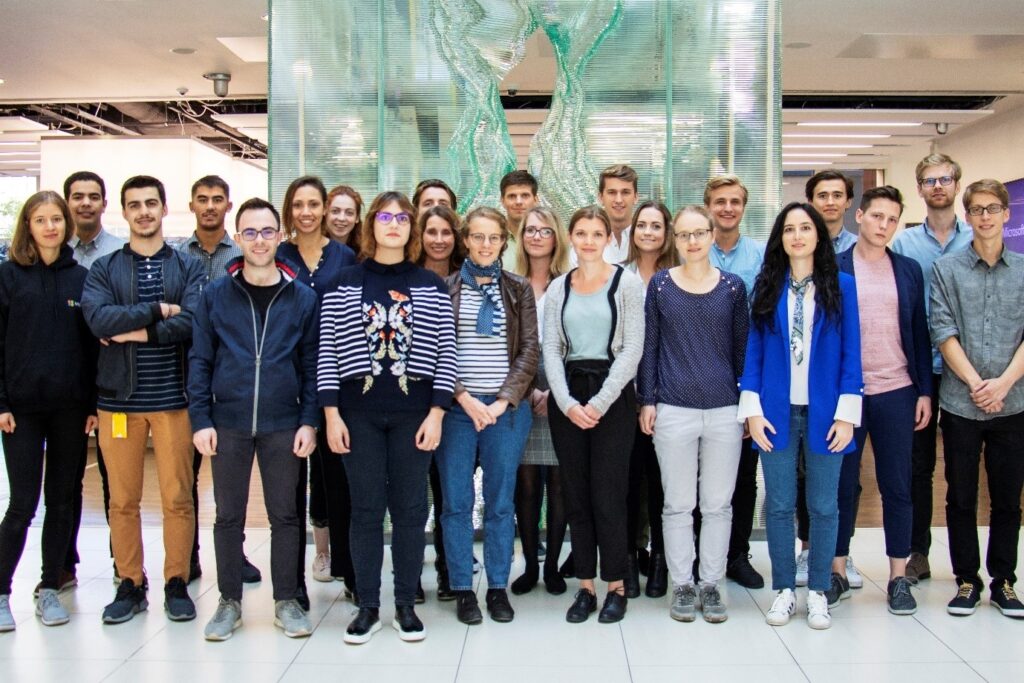 A personal journey: How my path through the residency unfolded

I am currently an AI Residency Program Manager, based at Microsoft Research Cambridge. I joined Microsoft last year as an AI Resident, in the first cohort of the program. While the majority of residents were new or recent graduates, my entry point to the residency was as a “return-ship” after taking a career break. I have extensive experience in data-intensive industries, including environmental consultancy, economic consultancy, and most recently in financial technology. Looking for a new challenge, I became really interested in machine learning, taking numerous online courses. When I learned about the AI Residency, I decided to apply for the program and was accepted in September 2018.

During my residency, I initially worked on a medical imaging healthcare project, guided by supervisors from Microsoft Research Cambridge. This was fascinating, and I was impressed by how much learning the team made possible in six months: about both the machine learning techniques and the challenges and context of the domain. For my second project, I worked on a collaboration between the Xbox team and Microsoft Research Montreal, using natural language processing methods to improve search. This project had a multidisciplinary team of product managers, engineers, data scientists, content writers, and researchers. We were supervised from Redmond, Montreal, and Cambridge. The residents were also included in the team meetings to understand the project aims and business requirements. The prototype we helped to develop progressed successfully into user testing at the end of last year.

Over the course of the year in Cambridge, the residents each work on two real-world projects in collaboration with various teams in Microsoft, and the projects are allocated based on the residents’ interests. These projects combine the opportunity to make real impact for the business within the broader educational goal of the program. The residents work closely with engineering and research experts based in Microsoft Research Cambridge, who act as supervisors.

The hands-on research and engineering skills residents gain are augmented by an extensive program of advanced lectures on the mathematics, theory, and practice of a wide range of ML techniques. And, of course, they are also invited to attend the many ongoing talks and reading groups that take place.

The projects undertaken by residents cover a variety of AI applications in areas ranging from healthcare to gaming and server workload management. Below are a few of the projects AI residents worked on:

• A project that investigated interpretable Bayesian networks for healthcare has taken a brave step towards improved interpretability of deep neural networks. The work led to a research conference submission, and the code became open source and was released on GitHub.

• In the area of gaming, residents investigated the use of reinforcement learning for training and testing environments resulting in a published paper and open-source code.

• A project that investigated the use of reinforcement learning in software testing resulted in a publication at NeurIPS 2019, called “DRIFT: Deep Reinforcement Learning for Functional Software Testing.”

• Residents have contributed to Project Cortex, where machine learning is used to automatically mine projects from enterprise data. This work was recently announced at the 2019 Microsoft Ignite Conference and will ship in production soon.

While many of the internal Microsoft Research projects the residents have worked on are still under wraps, public examples include Project InnerEye, Project Silica, Game Intelligence, Biological Computation, and Calc Intelligence. In addition, projects contributed to many Microsoft products including Xbox, Windows, and Office. 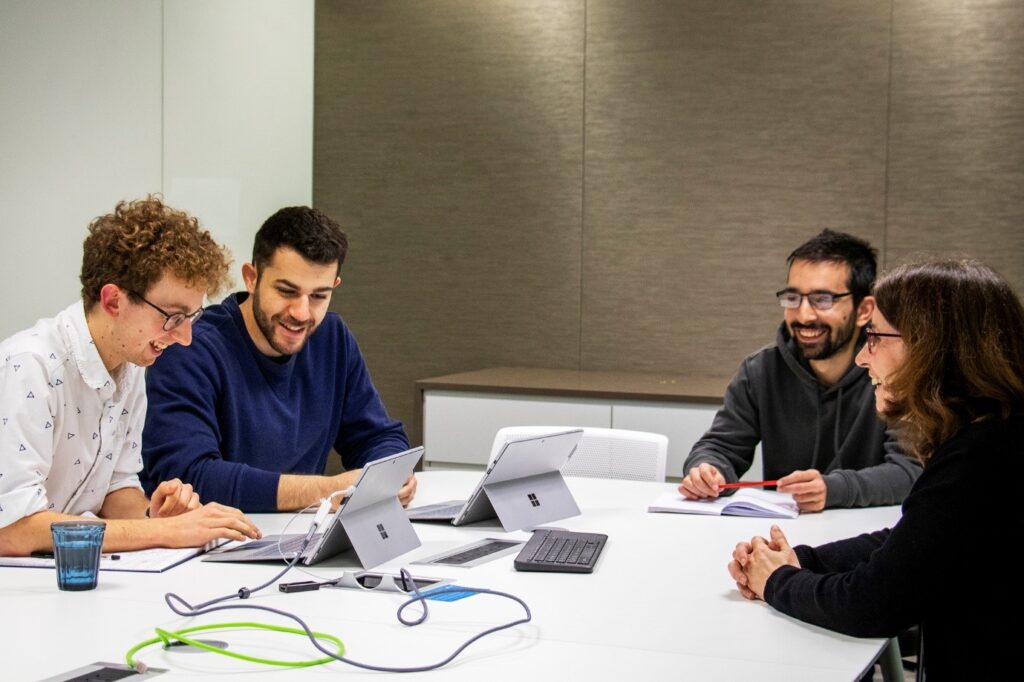 The project outcomes have the potential for massive impact due to the large scale of Microsoft, both in new products and cost savings to existing products. Valuable contributions to the business were made through feasibility analysis of various approaches, assessing and lowering risk of new research before being deployed in products, finding new or improved ways of solving a problem, or continuing to use models and code created during the project. Project outcomes may also include open-source code, patents, published papers, and business impact.

To read about the experiences of the residents in their own words, check out our series of AI Residency blog posts.

A team effort: Learning in a collaborative environment

A key feature of the program is that, by training a diverse group at the same time, the residents learn from each other. They typically work in pairs on the projects and organize discussions and reading groups within the larger group. The residents also participate in the full range of existing reading groups and talks that take place in the lab.

During the projects, the residents work closely with their engineering and machine learning supervisors, who meet with residents at least weekly. As the projects each last six months, there is time for the residents and supervisors to really dive deep into the project topic and develop their skills and knowledge. Where the residency project is contributing to an existing Microsoft project, the residents often join in the wider group progress meetings and can learn from other engineers and researchers.

It’s important that the residents have fun outside of work too, so a full schedule of social activities is planned throughout the year. Last year, these included everything from bowling nights and escape room visits to a fascinating trip to Bletchley Park, home of the World War Two codebreakers. 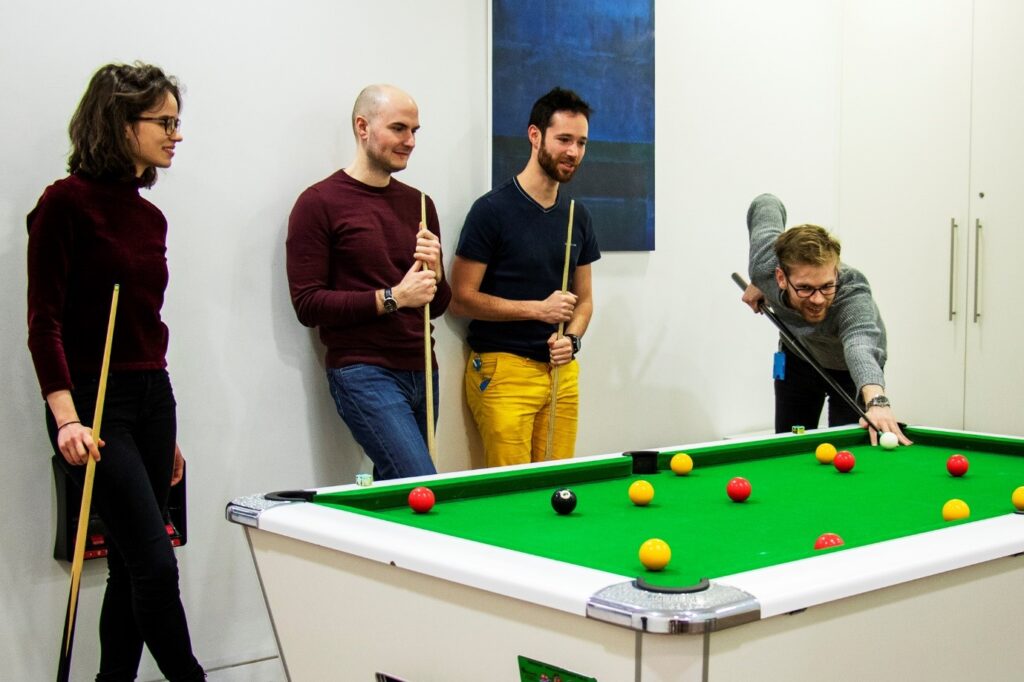 AI residents spend time together, building relationships beyond their work in the program.

A highlight of the year was attendance at TechNext, providing the opportunity for the Cambridge residents to travel to the Redmond campus and to learn about current research developments within Microsoft. This also allowed residents an opportunity to make connections with researchers and engineers from throughout the company.

In fact, the relationships forged within the cohort and with the engineers and researchers at Microsoft are a very valuable outcome of the program, which we hope will continue for many years.

What do AI residents do next?

The skills and knowledge gained through the residency are very useful when continuing postgraduate education in machine learning. We are looking forward to welcoming numerous former residents back from their studies as research interns this summer and in years to come.

Some residents were able to acquire the necessary skills to take up positions within Microsoft straight from the program. In several cases, the residents continued to work in the teams with whom they completed a residency project; however, others transferred the skills they gained to work in other parts of Microsoft.