Guillaume Meyer is an entrepreneur living between Los Angeles and Paris. Guillaume is the founder of SalesTim, a SAAS app that automates Microsoft Teams Governance and integrates Salesforce with Microsoft Teams. An Office Apps & Service Microsoft MVP since 2013, Guillaume is focused on Microsoft Teams as a platform and likes to share his opinions, tips and tricks with this growing community. For more, see his Twitter @guillaumemeyer 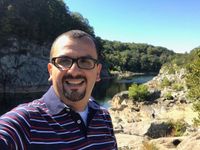 James Dumont le Douarec is a French Azure MVP specialized in building IT Infrastructures with a DevOps Architect mindset. James is fascinated by technologies that make IT Infrastructures easy to use, deploy and evolve. Previously, James has worked on projects including Cloud Infrastructure CI/CD, Data Lake Infrastructure on Azure, Cloud IaaS and PaaS migration, Hyper-convergence migration, VM Backup migration, and even Active Directory Domain Services migration.  When he’s not behind a keyboard, James is wakeboarding whenever possible. For more on James, visit his Twitter @james_dld 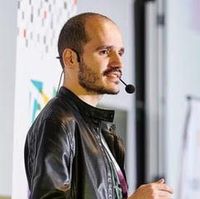 Alexandre Felipe Malavasi Cardoso is a Microsoft MVP based in Ireland who counts more than 15 years of software development. Alexandre has participated in many projects as a technical leader and software developer, delivering solutions using Microsoft Technologies. He is also an accomplished postgraduate completing two master’s degrees in software engineering with Agile Methods Emphasis and in Software Development Process. For more see Alexandre’s Twitter @alemalavasi 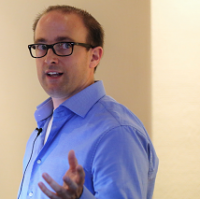 Freek Berson is an Infrastructure specialist at Wortell, a system integrator company based in the Netherlands. Here he focuses on End User Computing and related technologies, mostly on the Microsoft platform. He is also a managing consultant at rdsgurus.com. He maintains his personal blog at themicrosoftplatform.net where he writes articles related to Remote Desktop Services, Azure and other Microsoft technologies. An MVP since 2011, Freek is also an active moderator on TechNet Forum and contributor to Microsoft TechNet Wiki. He speaks at conferences including BriForum, E2EVC and ExpertsLive. Join his RDS Group on Linked-In here. Follow him on Twitter @fberson