This week, we are joined by none other than six-time titleholder Ashraf Alam!

Previously, Ashraf was part of the cloud platform team at Autodesk for building high performance secured services for its several millions of customers and users.

The ASP.NET IIS MVP says these projects require a focus on digital ecosystems to support business growth and ensure customer satisfaction. “It is a very fascinating experience to learn and utilize the latest cloud platforms, like Microsoft Azure, to build and transform to reliable digital services for businesses,” Ashraf says.

Ashraf is also applying this technical knowledge to the non-profit online donation platform pashe.life. The platform, which Ashraf says is created by highly skilled developers looking to create a better world, allows donors to directly contribute to verified receivers and follow up with them in a trustworthy way.

“Also, being a judge at Microsoft Imagine Cup regional competition was a great experience as it allowed me to learn about innovative thoughts and works from young students to create a better world,” he says.

Today, Ashraf remains a regular contributor to the open source community. He is active at github with one of his pet projects being EISK, which provides libraries and templates for .net developers to build scalable web applications easily. Since its first release in 2008, this starter kit has proven popular at MSDN galleries and codeplex. Moreover, the project has been featured in Microsoft’s Channel 9’s weekly show TWC9, also recently been listed in Microsoft’s Open Source project gallery and builtwithdot.net projects.

Besides open source engagements, Ashraf is a proud contributor at stackoverflow community and blogs at dev.to.

Looking forward, Ashraf is excited about using his tech knowledge to create larger societal change for the better. “Along with my professional engagements, my plan is to connect more with technical and startup communities to create examples and promote philosophy towards creating positive impacts through technology,” he says.

For more on Ashraf, check out his Twitter @AshrafulAlam 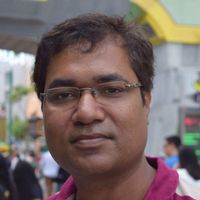