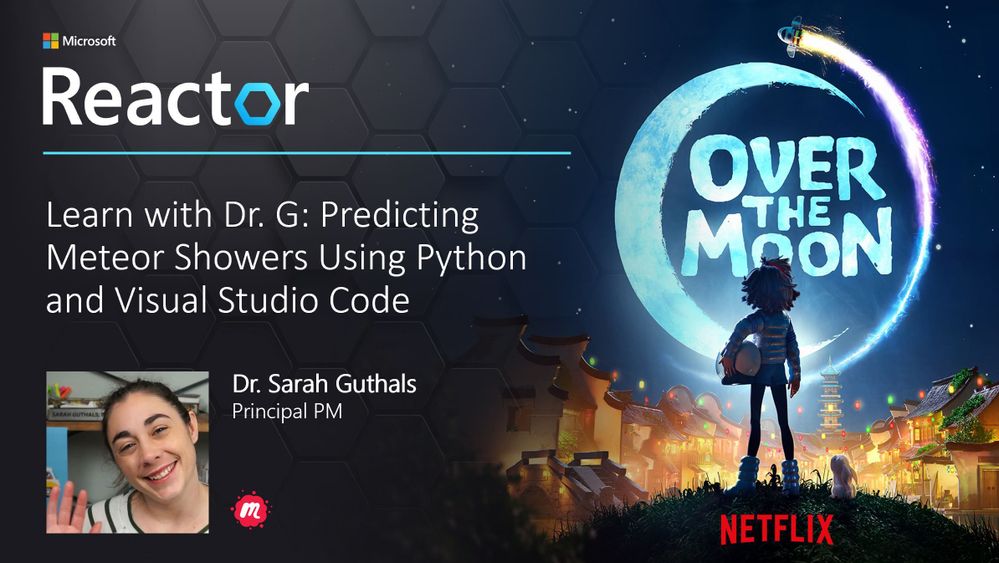 The need for more data scientists, machine learning experts, and AI engineers in every industry is rapidly growing. These roles required a broad set of skills from data analysis with no-code and low-code solutions to designing and writing intricate machine learning models that solve some of our planets most difficult problems. Microsoft is dedicated to providing high quality, free content to help you develop your skills depending on your professional goals and personal interests.

One such endeavor in creating an opportunity for you to learn and upskill is through unique partnerships. In the summer of 2020 we launched a set of Microsoft Learn modules inspired by real NASA scientists and engineers at https://aka.ms/LearnInSpace. And this Fall we are excited to bring you three more Microsoft Learn modules inspired by the new Netflix Original Over the Moon. 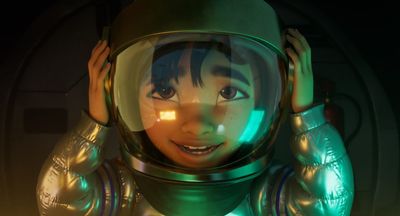 Fei Fei is a young girl who builds a rocket to the Moon on a mission to prove the existence of a legendary Moon Goddess. Fei Fei is fueled by the memories and love of her mother to use her creativity, resourcefulness, determination, and imagination to accomplish something beyond this world: reach the Moon. While the story takes place in a beautifully drawn universe, it is directly related to the types of problems real-life engineers face as they prepare and execute missions to the Moon and beyond. These lessons are also on our Over the Moon InCulture site, where you can also find videos from the voice actors of the film and even a drawing tutorial from director Glen Keane!

And with these new resources you can start your journey of using fiction to inspire solutions to real-world problems. I’m not a NASA scientist or engineer, and I’ve never personally been to the Moon, but I have skilled up in coding and data wrangling, allowing me to take what I *do* know about space exploration and make predictions and new discoveries through basic data science practices.

Then, I invite you to not only check out these new Learn modules, but also join me on my new show, Learn with Dr G, where I will dive into these modules and do some live coding! You can find all the details below on all of the new learning resources and opportunities related to space! 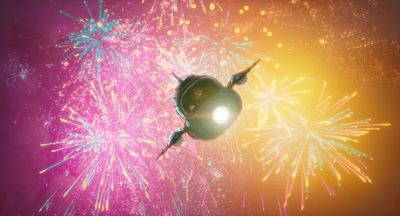 Watch Over The Moon - now streaming on Netflix!

Like Fei Fei, use data to plan your own mission to the Moon. Ensure your rocket can not only get you there, but also bring you and all your Moon rocks safely back to Earth. Analyze and visualize datasets with common data cleansing practices with Python in Visual Studio Code.

Find Bungee on the Moon

Repurposing the camera on the Lunar Rover, search through the Moon’s surface for Fei Fei’s buddy Bungee before it’s time to head back to Earth. Use Azure Custom Vision to Classify pictures of animals (like Bungee, main character Fei Fei’s pet) without ever writing code.

Intro to the Over the Moon Modules

Completing a successful Moon Mission doesn't only involve getting to the moon, but also returning safely to Earth – ideally with some rocks to learn from! Join Dr. G as she draws inspiration from the new Netflix Original Over the Moon and the ingenuity of the NASA Apollo missions to analyze and clean data to predict how much moon rock astronauts might be able to bring back as part of the Artemis Program in 2024. No coding experience required, and you can follow along with the free Microsoft Learn lessons at https://aka.ms/LearnWithDrG/OverTheMoon.

Completing a successful Moon Mission doesn’t only involve getting to the moon, but also returning safely to Earth – ideally with some rocks to learn from! Join Dr. G as she draws inspiration from the film and the ingenuity of the NASA Apollo missions to analyze and clean data to predict how much moon rock astronauts might be able to bring back as part of the Artemis Program in 2024.

In the film, Fei Fei builds a rocket to fly to the Moon to meet the Moon Goddess Chang’e. It is said that when Chang’e cries, her tears are the shooting starts we see in our night sky. This inspired Dr G to deep dive into what meteor showers actually are and how they are predicted. Join this live stream as Dr G explores how data science plays a role in predicting celestial events, and even brings in a little magic from the film to predict when we could have seen the meteor shower caused by Chang’e from Fei Fei’s visit.

Use Azure Custom Vision to Repurpose the Lunar Rover

The Lunar rover has been instrumental in helping us advance our understanding of the Moon and our Universe, and in the new film it even makes an appearance when Fei Fei lands on the moon with her buddy Bungee and brother Chin! This inspired Dr G. to think about a scenario where Fei Fei brought her own Lunar rover to the Moon to take pictures and send them back to her once she returned to Earth. In this video, Dr. G will build an image classifier using Azure Custom Vision to identify Bungee so that if Bungee is ever on the Moon without Fei Fei, her Lunar Rover can send down pics of Bungee exploring the surface, and avoid sending pictures of rocks.