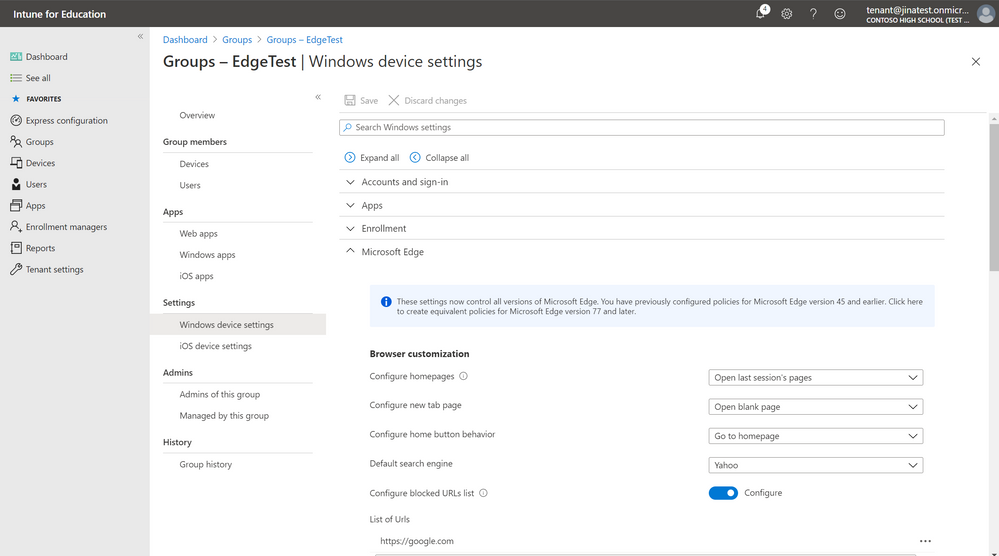 and have the option to create equivalent policies for Microsoft Edge version 77 and later. 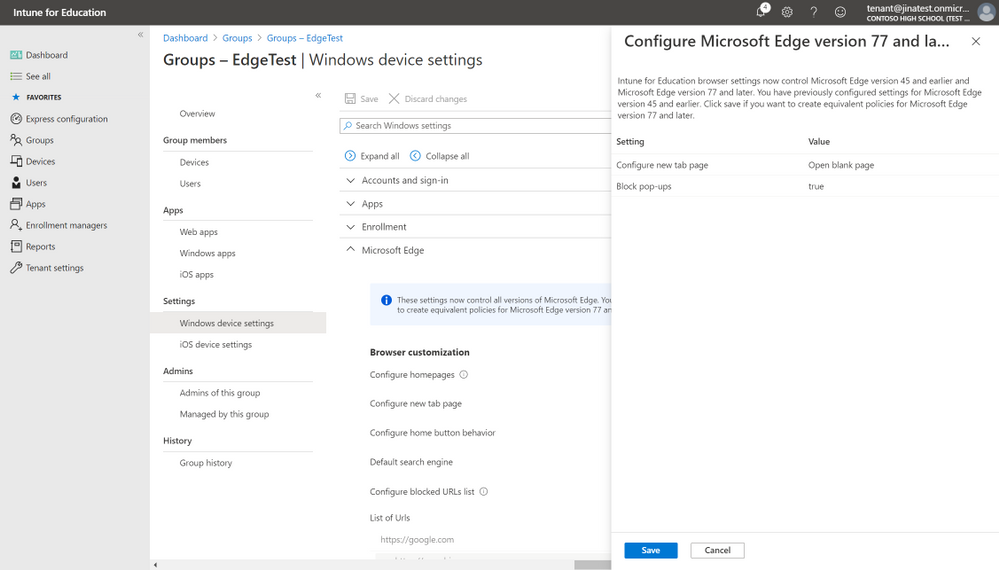 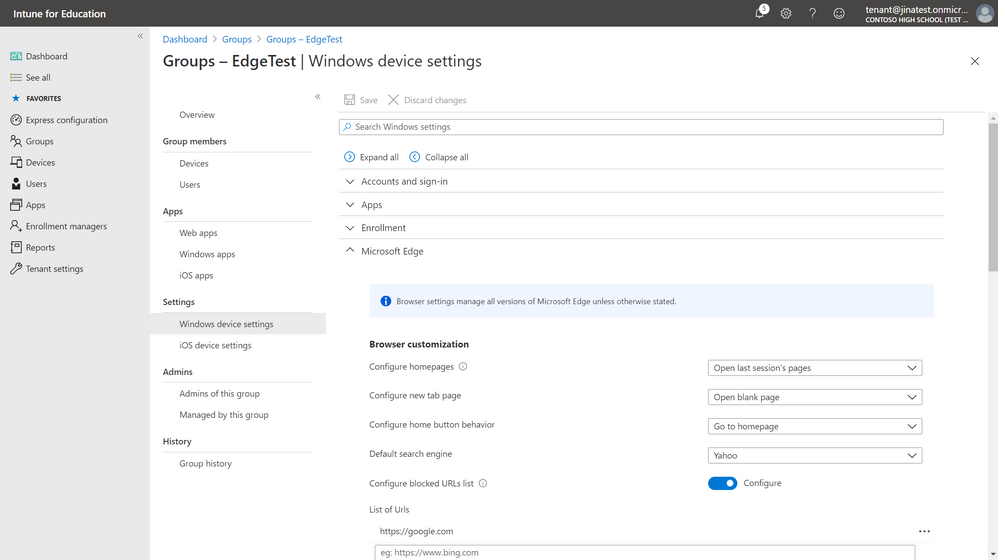 Let us know if you have any questions or feedback by responding to this post or tagging @lizforeducation on twitter.