PowerShell is a command-line shell and a scripting language, all in one. You can use PowerShell for script automation, run batches of commands, control resources in the Cloud and much more. It started out with automation on Windows but nowadays there's PowerShell core which works on Linux, macOS and Windows.

PowerShell is one of those "great to have" tools if you are considering a career in Ops or DevOps. The LEARN platform, found at aka.ms/learn, have just released the first module dedicated to PowerShell language. The module is meant to be a beginner module and explains, things such as: 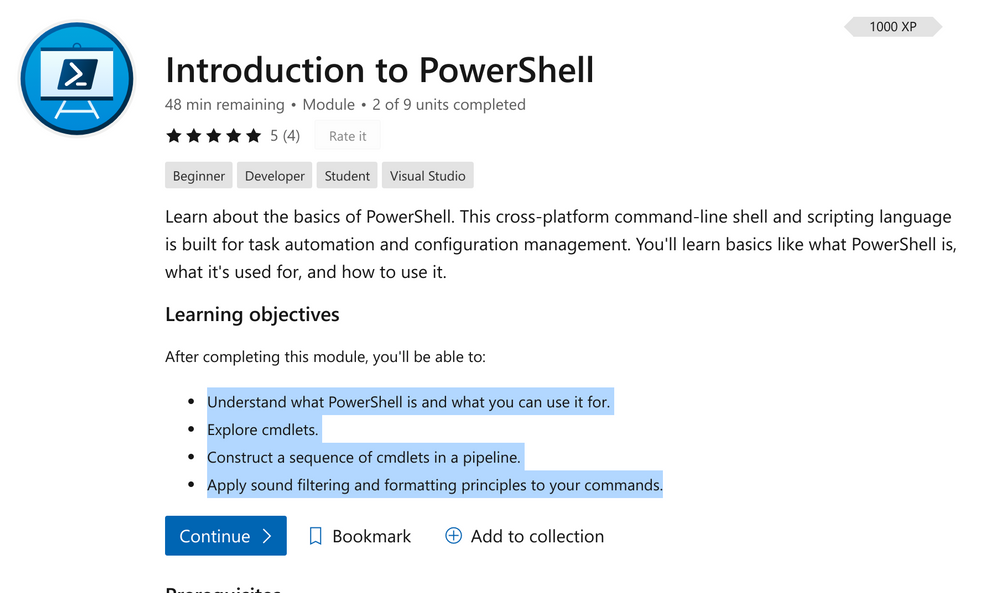