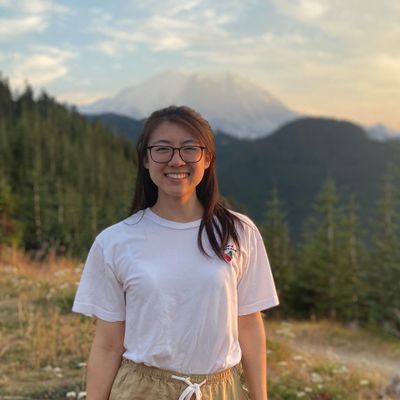 Imagine a fall morning in 2019. It’s Saturday, but the University of Washington’s Seattle campus is filled with the murmur of questions, introductions, and big ideas. Students, staff, and mentors are gathered together for DubHacks, a 24-hour collegiate hackathon to promote diversity, inclusion, and accessibility. In that crowd are Janae Chan, Robert Minneker, and Drew Gallardo. And they’re about to build something that could be deeply meaningful to more than 10 million people around the world: Tremor Vision. 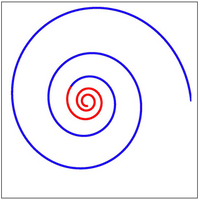 When you open the Tremor Vision website, you see a spiral drawing test. If you trace the spiral from the outside in with your finger or a stylus and upload your entry for evaluation, the vision model will tell you if the results indicate that you’re healthy, or if there’s potential for early onset Parkinson’s.

After DubHacks was over, the team continued to work on Tremor Vision. They had seen the overwhelmingly positive response and were passionate about refining it, improving it, and scaling it to help as many people as possible.

When Imagine Cup 2020 came around, Chan, Minneker, and Gallardo made a last-minute decision to enter Tremor Vision. It was worth it—the team was named one of the top three world champions and the project received positive press.

We recently had a chance to meet with Janae Chan and ask about her experiences working on this project, her path after graduation (spoiler: She’s at Microsoft now), and how competing in the Imagine Cup has changed her life. Here’s what she had to say.

What has the response been from people who use Tremor Vision?

What resources were helpful as you worked on this project?

Azure Custom Vision to power the service and platform. It was useful to have a user-friendly and intuitive tool and platform. Also, because this project started at a hackathon, we had experts there to help us set up, which was helpful at the beginning.

What technical and interpersonal skills did you stretch as you worked on it?

I’m not a big AI dev, so initially I stretched in figuring out what kind of data to put into the Custom Vision UI to train the data. How do we get that data? None of us had done it before. We also stretched, figuring out what platform to use—mobile versus desktop—and considering the pros and cons. We could’ve created a small mobile app for the sake of being mobile, but we considered the best way to make an accessible platform. We had to consider what was good for the audience. This was a real-world situation, not a school project.

One of the most interesting things I realized—an interpersonal skill—was “How do you present your idea and convey your motivation?” We pitched to judges at the hackathon with a two- to three-minute pitch and had to shift our pitch based on the judge. We tailored our pitch to each judge because each judge cared about something different. For example, we pitched to someone from the Allen Institute of AI. He had a grandfather with Parkinson’s but was also interested in biomedical research. With that pitch, we focused on our motivation and our research over the technology. We talked about why we chose the test we did and why it’s necessary. For someone else who was from a tech company, we focused on the tech itself and how the model is trained.

What do you know now that you wish you’d known when you started working on Tremor Vision?

A lot of times, we’d be in a time crunch, creating presentations, practicing pitches, and doing dev work, so we’d be scrambling at the last minute. I wish we’d laid out a longer plan. We also didn’t know if we’d get to Imagine Cup or how far in. We never planned for that. In hindsight, we should’ve been prepared.

How has the worldwide shift to remote collaboration changed the way that your team works together?

It’s drastically changed. We had all gone to school together, met up on campus, and did partner coding—and we worked well like that. We got along, became friends, and clicked. For a couple of months, it was a group of friends working on a cool project.

Then one teammate went back to Spokane, Washington, and one moved across the country. We’re separated across time zones. We were strong together; now we’re less motivated together. It’s hard to work independently. We’ve tried to block off sections of time that work for everyone to get as much done as possible.

It’s a chatty group, so we’re collaborative online, with lots of ideas flying back and forth. We’re hanging out but also working. We’ll partner-code with someone sharing their screen. There was front-end dev work that we didn’t know how to do, so we’d be investigating Google, with someone else testing on the codebase and another person helping out, checking designs with each other, joking around. We tend to work late. We’re night owls and might end up on a long call working and chatting.

The team has mentioned plans to bring Tremor Vision to clinical trials. How’s that going?

We haven’t gotten to trials yet. After Imagine Cup and graduation, and with us having full-time jobs, it’s been difficult to devote big chunks of time to the project. We have a couple of people that we’re talking to, but there’s nothing official yet. It’s been tough, and not having people in town makes it harder. Plus, there’s less pressure now that it isn’t a school project.

You’ve landed a full-time role. Congratulations! Can you tell us about it?

I have! I’ve been hired by Microsoft as a Software Engineer in Order Management Services (OMS), which handles billing for Azure. Currently, I’m working on the OMS Subscription Bridge, which bridges the legacy Azure system and its current version.

We’re so happy to have you at Microsoft, given your experience with Tremor Vision and your passion for building technology that helps people in meaningful ways. How have your first few months been?

Good! The team has been understanding about me starting this role working from home. I still talk to my managers, mentors, and teammates every day—sometimes about work, sometimes about life. We check in on each other. I haven’t met my coworkers in person, but we have [virtual] team-bonding events and games that keep us connected.

There’s a learning curve at any new job or team, and the first couple of months were tough. I had to understand how the team works.

How did the Imagine Cup help in your job search and the start of your career?

It was a good conversation starter and a unique experience for me personally. I was very excited to talk about it. That naturally draws people; they’re interested in hearing how I did. In reviews and recruiting fairs, I would talk about it with passion and kick off conversations that opened opportunities. It makes you memorable. We’re proud of this project and want to share, so people connected to Parkinson’s would ask for more info and they’d try the tool out.

What advice would you offer to students who want to compete in the Imagine Cup?

JUST DO IT! If you have an idea, pitch it. Our team was hesitant; we applied after an extension. We’d looked at past champs and assumed our “just a hackathon project” wouldn’t qualify. So don’t beat yourself up and tell yourself you’re not equal. Every idea is worth exploring and creating.

Do you see yourself coming back to Imagine Cup as a mentor in the future?

I’ve never thought about it, but that would be really cool. I’m currently a mentor through the Aspire Program at Microsoft, and I want to help people get started in tech.

The best part of the process was the people involved in Imagine Cup. We had some amazing mentors—Lee Stott (Principal Program Manager) and Brian Clark (Cloud Advocate)—and really loved their honesty and feedback. We learned a lot from every mentor session. We worked hard because we wanted to do well, but also because we knew that our mentors were investing time and energy and we wanted to make them proud. It motivated us to nail it. I really appreciated all of the mentors. The change in our pitch from day one to Imagine Cup was drastic, and I loved seeing how the team improved.

Photo: The Tremor Vision team laughs together at Imagine Cup 2020.

Follow Janae’s lead and participate in the next Imagine Cup

What’s your idea? Bring it to life and show it to the world in the 2021 Imagine Cup.