In the old days of Azure SQL Database (prior to V12 ), SQL Database used what is called a gateway to proxy all connections and communications between clients and user databases. With V12, the gateway is still there, but it helps to establish the initial connection, and then gets out of the way in some cases. In the cases where direct connection can be established, subsequent communication happens directly between client and user database without going through the gateway anymore. This feature is also known as client “redirection”. The benefit of this “redirection” is faster response time for each database call, and better performance.


So how do you know if your application is taking advantage of the “redirection”?


The first restriction is that “redirection” by default is only supported for connections originating within Azure IP address space, so your application and Azure SQL database must both be deployed in Azure. However, an application outside Azure can also use “redirection” when a server connection policy is properly created (connectionType should be set as “Redirect” to enable “redirection”) against the target Azure SQL Database server. Keep in mind though the latency/perf benefit of redirection is very much diminished in the latter scenario since internet connection latency from outside the Azure data center would be much higher.

Second , your application must be using a SQL Server driver that supports TDS 7.4. Those drivers include (not a comprehensive list):

A simple way to find out what version of TDS the application is using is by querying:

If protocol_version is equal to or greater than 0x74 then the connection would support “redirection.”

Third , as documented here , even applications using the right SQL Server drivers aren’t guaranteed to make successful connections via “redirection”. You also need to make sure the following ranges of outbound TCP ports (in addition to 1433) are open on the application instance: 11000-11999, 14000-14999. This is the reason why “redirection” is not enabled by default for connections originating outside of Azure – in some on-premises environments, network administrators may be unwilling to open these additional outbound port ranges, causing connection attempts to fail.


Use Wireshark to look deeper how redirection works


Now let’s use Wireshark (a network tracing tool) to examine the network traffic of a sample application running on an Azure VM that connects to an Azure SQL database, so we can see how it works. (If your application is deployed in a VM or cloud service, you can RDP into your app instance and install 3 rd -party tools like Wireshark. Azure App Service doesn’t allow RDP.) 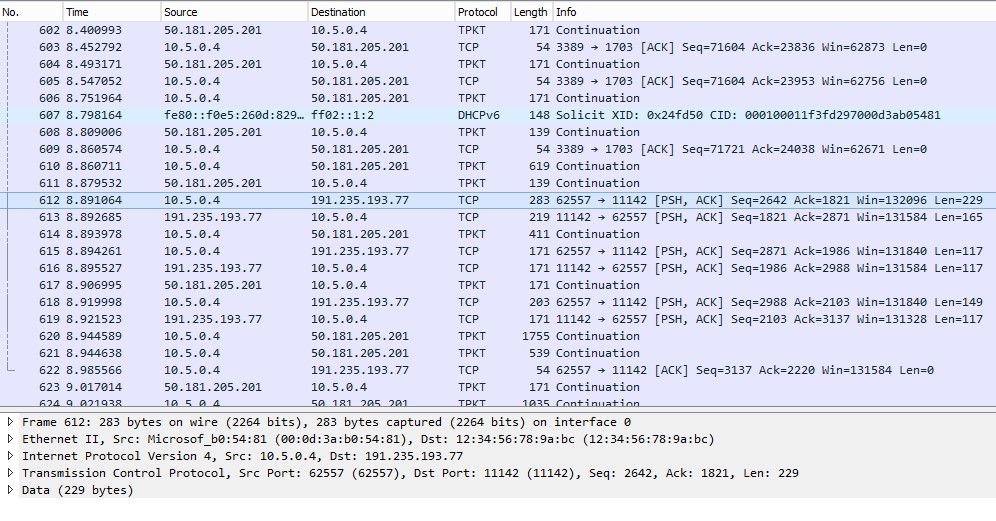 
To summarize, for an application running in the same data center as SQL database to leverage “redirection” capability, it needs to:


This articles are republished, there may be more discussion at the original link. But if you found this helpful, you're more than welcome to let us know! Cancel reply