DevTest Labs now enables this feature to be configured at lab level for all virtual machines created as part of the lab. As mentioned above, all OS disks and data disks created as part of a DevTest Lab are encrypted using platform-managed keys. As a lab owner you can choose to encrypt lab virtual machine OS disks using your own disk encryption set. Please note that, currently encryption with a customer managed key is in preview and only supported for DevTest Lab OS disks; support for data disks is coming soon. 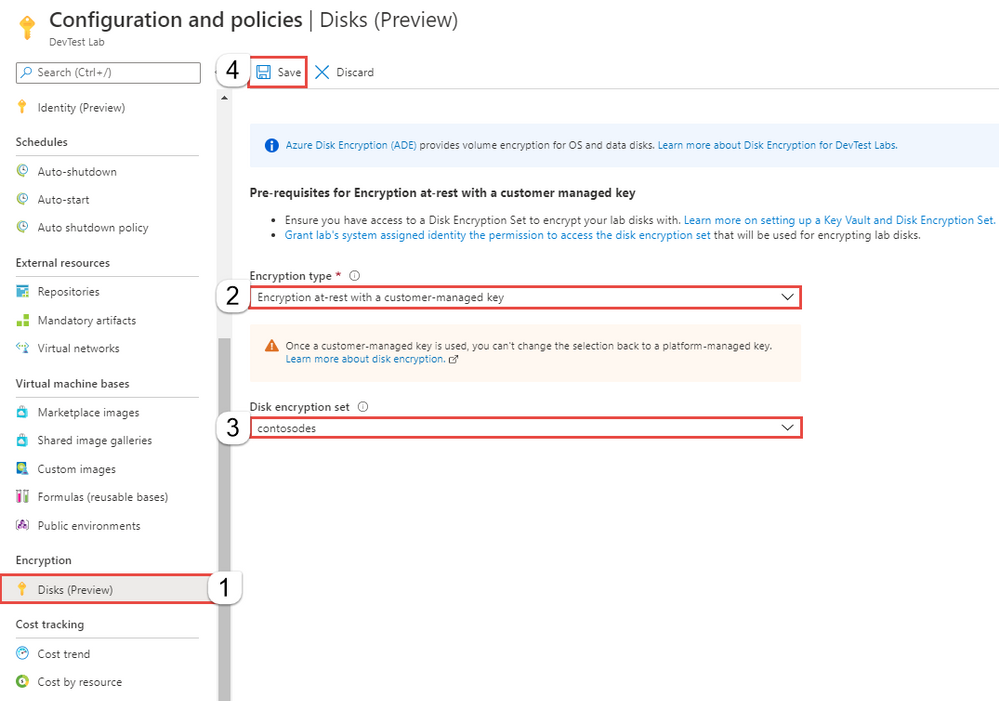 Learn more on configuring encryption for your lab OS disks

Try this feature today and let us know what you think in the comments section. Have a question? Post it on our Azure DevTest Labs Forum