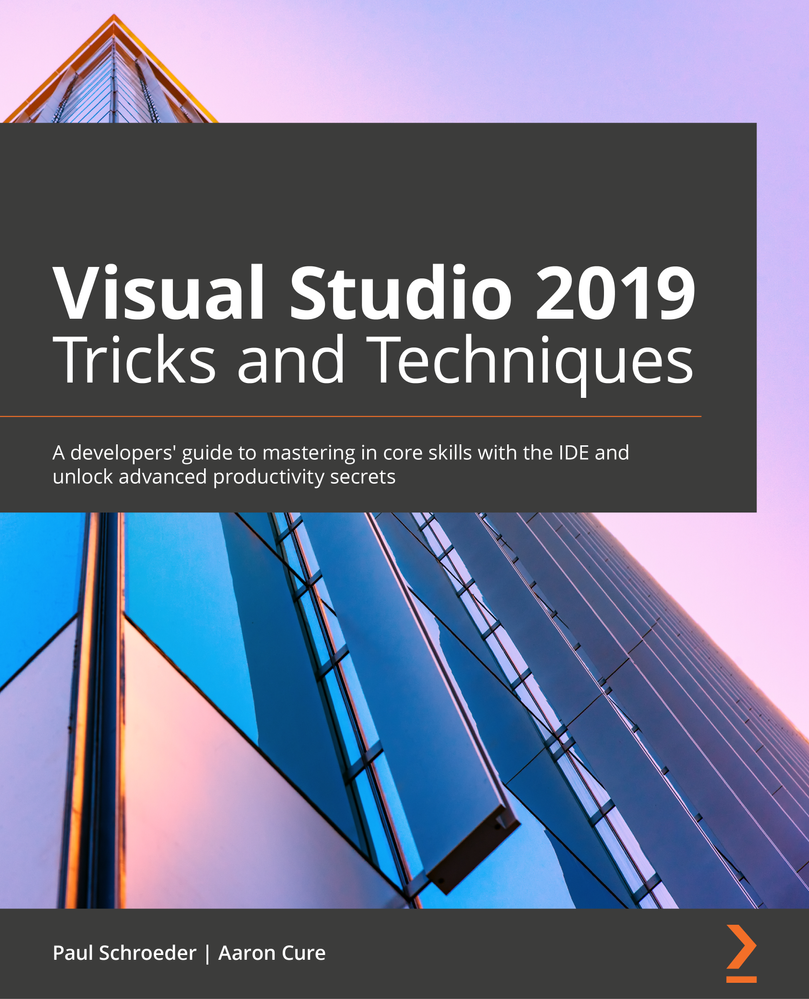 But I should be honest. I was involved in this book. Let me find a version of the cover with my name on it... 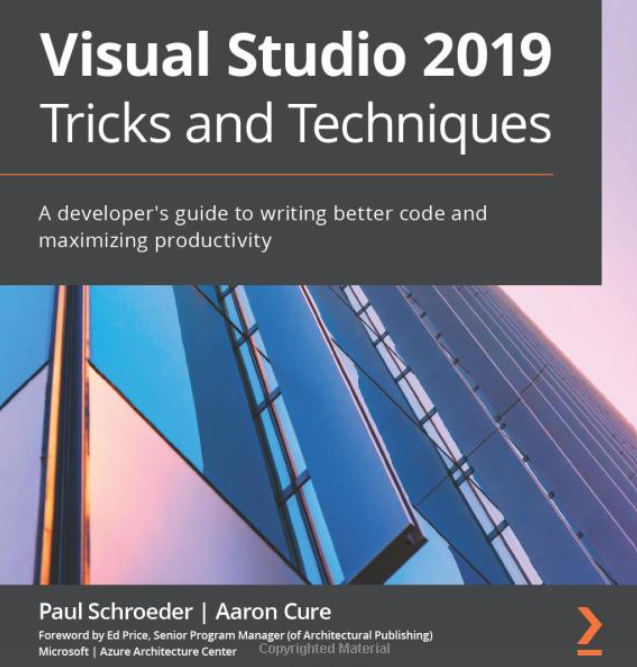 There you go. I wrote the foreword! It was a great and wonderful thing! At least, I think it was. I really can't remember what I wrote. I'll go read it...

"By combining Visual Studio Code and Visual Studio (VS), the brand is over two times more commonly used by developers than any other environment (Stack Overflow, 2019). What that means is that this topic is for 80% of all developers."

Have you thought about that? In this day and age, when there are so many IDE options for developers to pick from, they simply are choosing Visual Studio. There are many reasons why developers want to use Visual Studio, including compatibility with languages and tools, as well as various feature sets.

I suppose it doesn't hurt that this is a professional tool (which means it makes money and thus is very well made, not cobbled together like a Frankenstein monster, as an open-source project by weekend warriors). And only a company like Microsoft could do that (invest in a great tool like this) and still make versions of it available for free!

And that's really what this book is about... unleashing the power and capabilities of this well-adopted tool set. As I said/wrote in my foreword, the authors (Paul Schroeder and Aaron Cure) have cracked the code!

If you apply the snippets, templates, git tips, and extension-based practices that you'll find in this book, then not only will you become more efficient, but you'll also become your team's hero and thought leader!

Before I move on, did you notice how weird the subtitle was in the top version of the book cover? Let's inspect it:

"A developer's guide to mastering in core skills with the IDE and unlock advanced productivity secrets."

You could probably read that sentence for 20 minutes before you decipher and interpret all its secrets. I can see why they landed on a subtitle that was a little simpler to grok ("A developer's guide to writing better code and maximizing productivity"). Moving on...

Let's take a look at what the topics are...

I know what you're thinking! You're thinking, "Is overviewing a word?" Yes, yes it is a word! More specifically, it's the present participle of a word.

Anyway, the reason why I wanted to write the foreword (and blog about it), is because I truly believe in the value. Developers don't use templates, especially, to the degree that they could. Plus, you'll peruse a plethora of other topics that you'd be wise to glean from.

Also, one interesting tidbit is that the author (Mr. Schroeder) is partially at fault for the extension featured in chapter 14, CodeGenHero. So check that out!

Whilst perusing the Amazons, I saw the reviews for the book, and they're pretty impressive. I want to give you just the titles of the reviews here, so you can see what I mean:

This book is great for noobs and still useful for ratchety, engineering curmudgeons (I think I'm in transition from the former to the latter). So check it out, and leave a review on the Amazons:

Remember to keep your mask on your face, your feet on the ground, and your head in the Cloud!