In this learning path, you’ll learn how to create, build, and deploy modern full stack applications in Azure leveraging the language of your choice (Python, Node.js, or .NET) and with a Vue.js frontend. Topics covered include modern database capabilities, CI/CD and DevOps, backend API development, REST, and more. Using a real-world scenario of trying to catch the bus, you will learn how to build a solution that integrates Azure SQL Database, Azure Functions, Azure Static Web Apps, Logic Apps, Visual Studio Code and GitHub Actions. 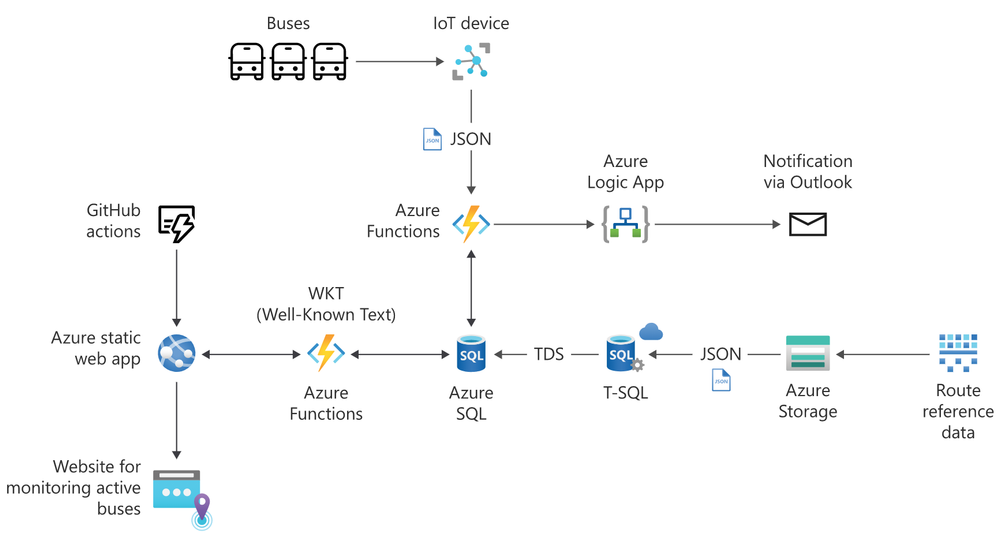 In addition to this new learning path which allows you to get hands on for FREE in Microsoft Learn’s Azure sandbox, Davide Mauri and myself, who built the learning path, presented this content as part of Microsoft Build in May, and you can access the recording here.

If you aren’t interested in completing all of the modules, but want to dive into a specific topic, the modules are standalone, and you can learn at your own pace. Here are the modules:

If you want more content like this, I recommend checking out Azure SQL Fundamentals and subscribing to Data Exposed where we have mini-series like Azure SQL for beginners, Migrating to SQL, and more! If you have other questions or feedback, please reach out to me on Twitter @AnalyticAnna.