Pierre is currently enjoying some time off and asked me to handle this week's announcements. To help me get the job done, I've enlisted Rick Claus! This week we cover a number of new announcements and look at what events are on the horizon. We've got lots of new updates about VM's, SFTP, Super Computing, and more!

Join us on the live stream!

Interesting updates from around Microsoft.

Microsoft is celebrating 20 years of Xbox in secret style

Microsoft has been having a hell of a time celebrating 20 years of Xbox this week, adding 76 new games to the Xbox backward compatibility library, launching a Halo-themed Xbox Series X, and a 20th-anniversary translucent controller. But, true to the company’s habit of corporate mischief, it’s also been leavening its announcements with plenty of Easter eggs. 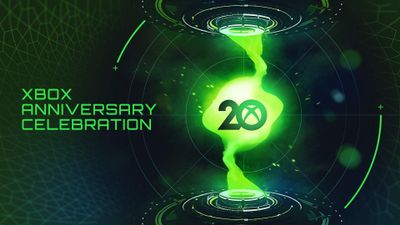 Microsoft now has one of the world's fastest supercomputers (and no, it doesn't run on Windows) Microsoft's supercomputer, with a benchmark speed of 30 Petaflops per second (Pflop/s) is still well behind China's Tianhe-2A and the US Department of Energy's IBM-based Summit supercomputer, but it's the only major cloud provider with a supercomputer ranked in the top 10 in the high-performance computing (HPC) Top500 list.

Microsoft's Voyager-EUS2, which runs from its Azure East US 2 region, is notable for several reasons. First, but not surprisingly, it's running a Linux distribution, namely the Ubuntu 18.04 long-term servicing (LTS) edition. It's got 253,440 cores on AMD EPYC CPUs.

Virtual machines selector now generally available Using the virtual machines selector you can specify your requirements, such as the category of workload you plan to run in Azure, and the technical specifications of your VM (e.g., OS disks storage options, data disks storage performance, Operating System, deployment region, etc.). After a few simple steps, the tool identifies the best VM and disk storage combination based on the information you enter. You will then be able to view the details of the recommended VMs and their prices. You can then add the selected VMs to the pricing calculator to perform a more comprehensive cost analysis. 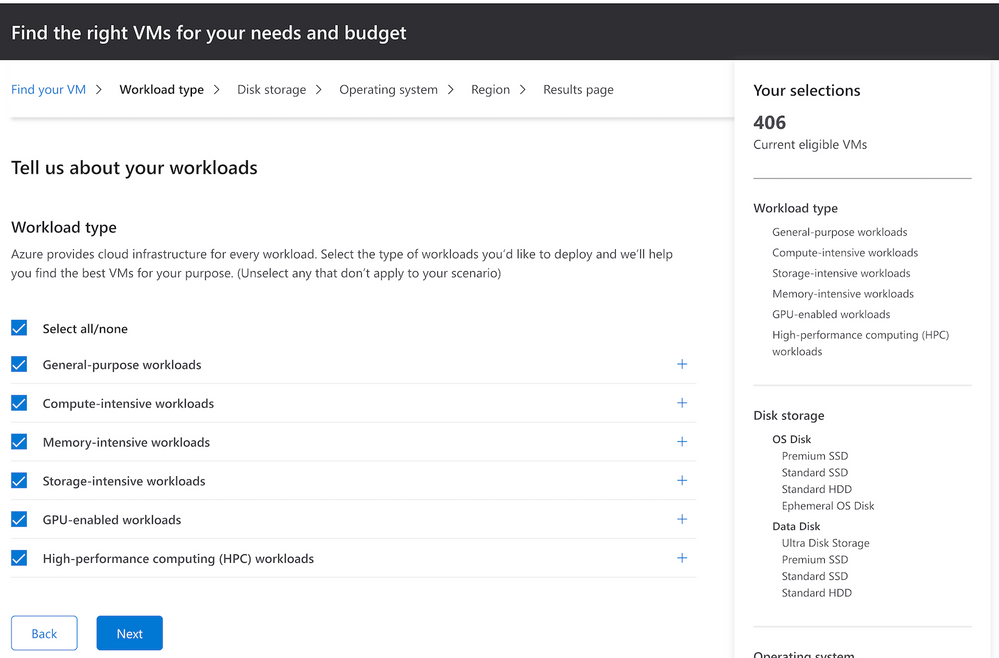 The ability to manage VMs by remotely executing scripts has been improved with the updated Run Command feature. Now it’s possible to execute multiple scripts at the same time, manage their progress and persist the execution outputs. Scripts and parameters can be used in ARM templates to automate the deployment. For long running scripts, asynchronous mode is supported to prevent blocking the VM provisioning.

Blob storage now supports the SSH File Transfer Protocol (SFTP). This support provides the ability to securely connect to Blob Storage accounts via an SFTP endpoint, allowing you to leverage SFTP for file access, file transfer, as well as file management.  Prior to the release of this feature, if you wanted to use SFTP to transfer data to Azure Blob Storage you would have to either purchase a third-party product or orchestrate your own solution. You would have to create a virtual machine (VM) in Azure to host an SFTP server, and then figure out a way to move data into the storage account. 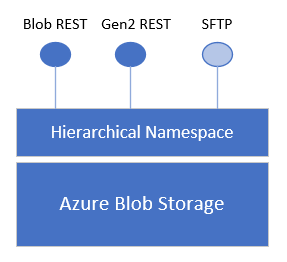 AzureFunBytes Episode 62 - Supercharge your Java Apps on Azure with @rorypreddy

Automate the installation and configuration of software in your Virtual Machines