This is the next segment of our blog series highlighting Microsoft Learn Student Ambassadors who achieved the Gold milestone, the highest status level attainable, and recently graduated from university. Each blog in the series features a different student and highlights their accomplishments, their experience with the Student Ambassador community, and what they’re up to now.

Today we meet Annanya Vedala, who is from India and recently graduated from Chaitanya Bharathi Institute of Technology, Hyderabad with a bachelor’s in engineering degree in computer science and engineering. 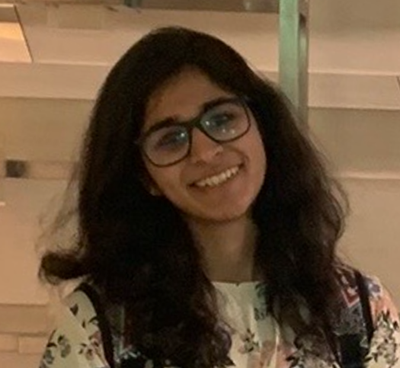 Responses have been edited for clarity and length.

When you joined the Student Ambassador community in 2018, did you have specific goals you wanted to reach, such as developing a particular skill or quality?

I always wanted to work towards increasing inclusion and diversity. Increasing the participation of women in technology and creating a community of women with the same ideas and motivations has always been a dream. Being a part of the community helped me start my own non-profit organization called GirlsCode. Without the support of the Student Ambassadors Program Managers and other Gold Student Ambassadors, I would not have been able to reach the 300+ people that we are able to impact today.

I also learned networking and became a dynamic person very early on in college. This helped me land an internship during my second year at the most sought-after company that comes to my college for placements, JPMorgan Chase and Co.

What are the accomplishments that you’re  proudest of and why?

My biggest achievement is co-founding GirlsCode. The objective was to create a platform where girls in the field of technology can find an unbiased opportunity for creative expression and project impact. only 14 girls joined in the first month, I sought to create an impactful and purposeful platform to assist in the overall growth of each community member. I identified project opportunities such as campus visits to multinational corporationsGirlsCode is a 400-member community. We now aim to use GirlsCode as a platform to talk about data science and product management as well.

This idea, in fact, came to life during the Student Partner Summit that took place in Delhi, India. Here, I got to meet Aparna Mittal and who made us aware of the gender gap in tech, and specifically the gender gap within the community itself. This was where the idea initially took flight and from there on, we decided to take it up. Through the network I built through GirlsCode, I was able to organize 2 networking events and at least 15 events that involved inspiring women in technology. 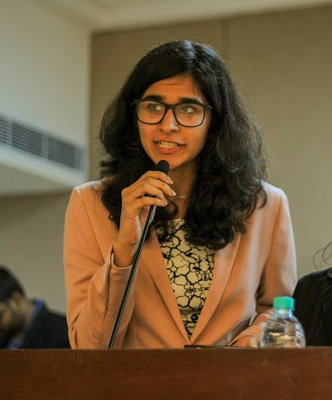 What are you doing now that you’ve graduated?

I have recently begun pursuing my Masters in Computer Science at the University of Florida. After obtaining my master’s degree, I hope to move into a product management role, while still sticking to my technical roots. I also aim to expand GirlsCode and help as many girls as possible. The goal stands at 20,000 girls impacted.

If you could redo your time as a Student Ambassador, is there anything you would have done differently?

The one thing I would have done differently would have been to start GirlsCode earlier and not wait until I gotthe “courage” to do it. I should have stepped out of my comfort zone earlier on in my college years.

If you were to describe the community to a student who is interested in joining, what would you say to convince them to join?

The community is a gateway to huge prospects of networking and career building. For someone who is at the beginning of their career and wants to explore the various career options in tech, this would be the right place to start. It opens up avenues of community-building and collaboration on a global level that school or college can never bring.

What advice would you give to new Student Ambassadors?

One thing that I’d want all the new Student Ambassadors to understand about the community is that it will you give you in return what you give to it. It is up to you individually what you make of the program. It can completely transform your life if you dynamically engage and work towards making the most of it. On the contrary, if you don’t put the effort, you will leave emptyhanded.

What is your motto in life, a guiding principle that guides you?

When the going gets tough, the tough get going. Being the daughter of a naval officer, I have always been taught the importance of discipline and hard work. I believe that it only takes hard work and discipline to achieve whatever you want in life, and nothing is impossible to achieve.

What is one random fact about you that few people are aware of?

I am a certified Indian classical dancer. I aim to eventually also start a dance school if all goes well. 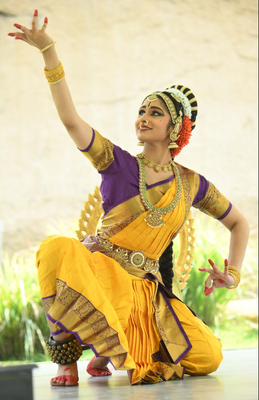 Good luck to you in all your endeavors, Annanya!

Readers, you can find Annanya on Instagram and on LinkedIn.