Following the announcement of Windows 11 on June 24, we wanted to update you on what is coming to Universal Print with Windows 11. If you want to get a head start on these new Universal Print capabilities, head over to the Windows Insider blog to read how you can access the first Windows 11 Insider Preview build. Subscribe to the Windows Insider blog if you want to be updated on our progress to general availability of Windows 11 later this year.

Universal Print is a modern print solution that organizations can use to manage their print infrastructure through serverless cloud services from Microsoft. Since the release of Windows 10, version 1903, we have supported this cloud service with a Universal Print driver. The advantage of that driver is you no longer have to maintain printer drivers on your desktops. There is one driver to rule them all.

Using Universal Print with Universal Print ready printers, which we blogged about a few weeks ago, gives admin and employees the best experience. Those printers are easy to manage in the cloud and expose their functionality to the user. 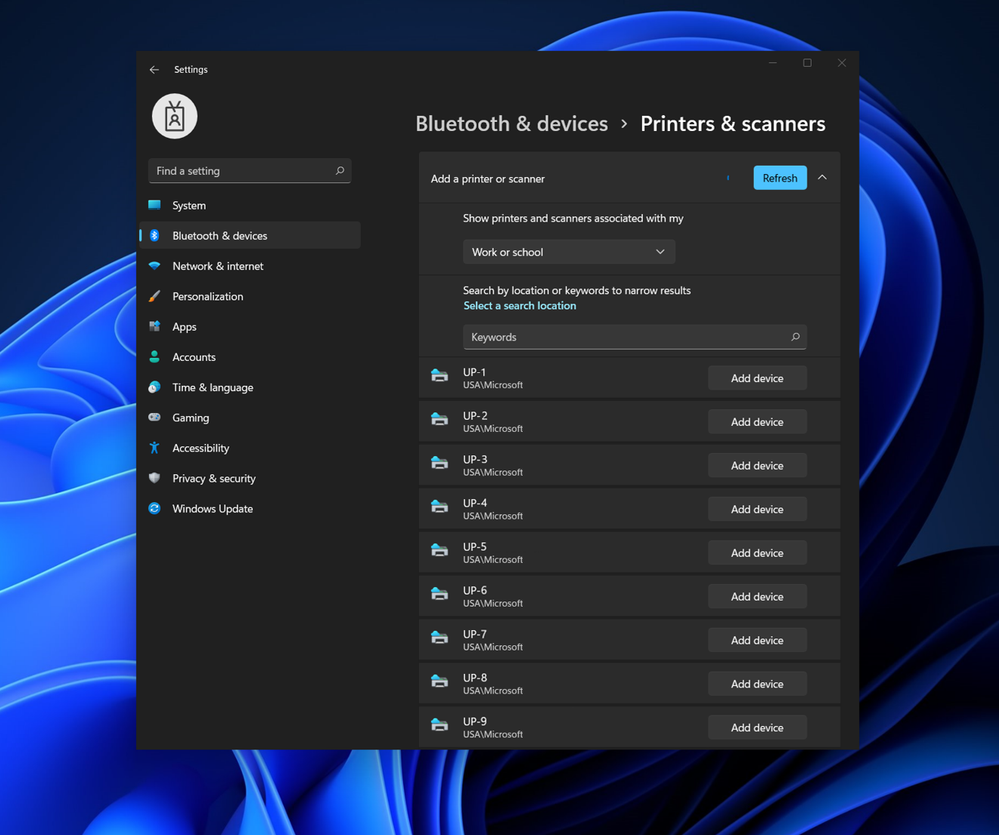 Adding a printer in the Windows 11 Settings app

In addition, we are adding some eco-friendly functionality to the updated Universal Print driver that many users will appreciate, the ability to add a PIN to a print job, so the job will not be printed until the user enters the same PIN on the printer. This is one more reason to upgrade your existing printer to a Universal Print ready firmware, if available. 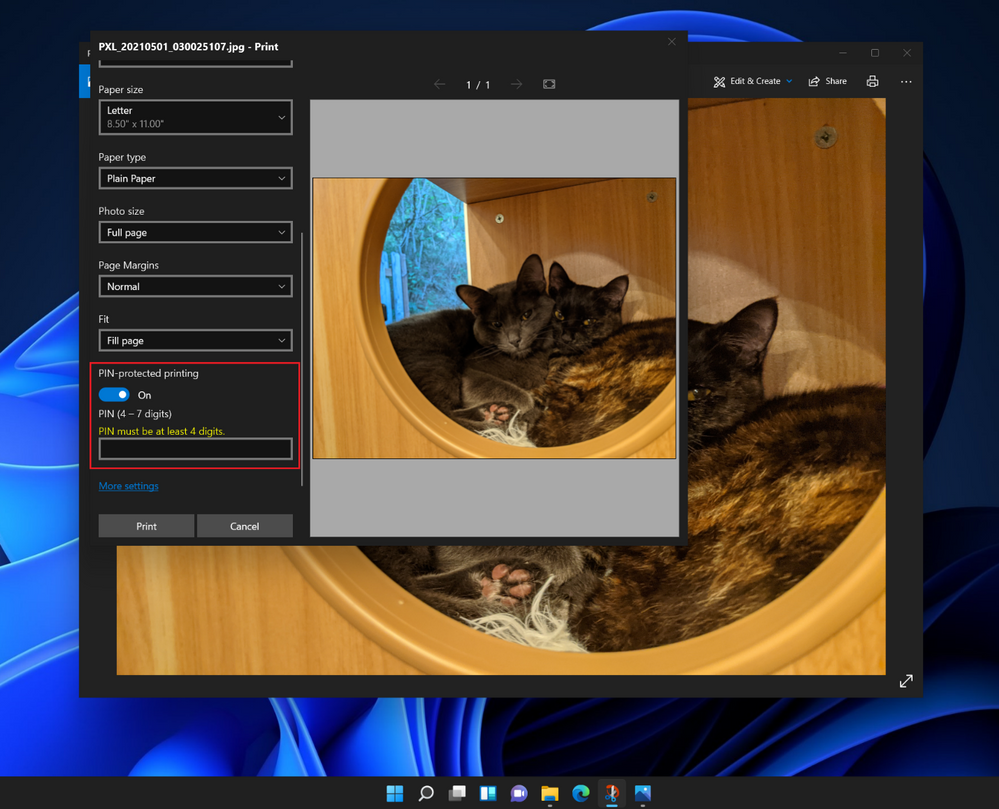 Entering a PIN to release a print job in Windows 11

Some will see this as increased security, but we mostly think of this as functionality that will reduce paper and toner waste and offer users some privacy when printing. Print jobs will not go to waste on the printer. This capability will also come to Windows 10, version 21H2, which will be released later this year.

With Windows 11, we release support for Print Support Application (PSA) in Windows. Windows ships an inbox printer class driver based on the standards based Mopria printing protocol. This enables a simple and seamless printing experience and eliminates the need for users to install additional software or custom drivers to connect and print to their Mopria-certified printers. The Universal Print driver on Windows 11 can be extended by printer manufacturers and/or Managed Print Software (MPS) solutions with additional custom features and workflows by publishing a PSA to Microsoft Store. These UWP apps are not drivers and run in the user's context. When installed on the user's Windows 11 device, the PSA may run in the background to process print jobs for the corresponding printer or can offer an advanced print user interface to address scenarios such as:

Admins can install the default PSA or another vendor’s PSA if required for a Universal Print ready printer on the user's Windows 11 devices using Microsoft Endpoint Manager. This capability will also come to Windows 10, version 21H2, which will be released later this year.

PSA will also be available outside the commercial Universal Print service configuration on a consumer Windows 11 device. Apps will install automatically from the store when the home user connects a printer to the home network. The advanced settings in the traditional print UI on Windows 11 will no longer show, and the PSA takes over that UI to offer the user the most appropriate functionality for the printer model they have. The significant advantage is that no printer driver is installed, but an app that interacts with the driver to offer the user more functionality, increasing the stability and security of the user's device.

In addition, we are bringing some enhanced support for the Internet Printing Protocol (IPP) to the Windows ecosystem. IPP has been implemented in Windows 10 for network printers since 2018. With Windows 11, we are adding IPP over USB to widen hardware support using IPP. To support IPP and PSA in an enterprise environment, Windows also supports directed discovery of IPP printers. This also enables IPP and PSA for Windows Server 2022 for Point and Print customers who want to continue using Windows Server for print enablement. This helps customers use PSA independent of the solution they use: Universal Print or Windows Server or a combination. This capability will also come to Windows 10, version 21H2, which will be released later this year.