In November, The MVP Blog is featuring members of our community who have experienced challenging times during COVID and how they managed to overcome and find the silver lining.

Unfortunately, the worst was not over, as Jonas soon suffered a much bigger stroke later the same day.

“It knocked me out, completely,” Jonas says. “Three days later and I woke up to a new life. I could not talk, read, write, walk, or use my right hand - and the mouse was dead to me.”

In an instant, Jonas’ life was turned upside down, and yet his positive attitude and disposition have defined his road to recovery. A little more than nine months later, Jonas is back hosting podcasts and even speaking at tech conferences.

Getting to this point, however, has not been easy. “When I woke up to my new life after the stroke, I didn’t know what to do today or the rest of my life,” Jonas says.

“But after just a few days, the community heard about my sickness and they all started sending “get well!” cards and flowers and candy. The support and love have continued every week since then and I can’t believe the community we have now.”

For example, Jonas cohosts the XrmToolCast podcast with fellow Business Applications MVP Daryl LaBar. The week of Jonas’ stroke, Daryl recorded an episode titled “Coming Together to Support Jonas” with some other members of the MVP community.

Viewers of the podcast and friends of the community begin to donate to Jonas’ recovery, including “from my friends and from people I’d never heard of,” Jonas said. The overflowing of support helped Jonas in the early days following his stroke to “know that I will get back!”

A first, small step back was achieved in September when he returned to the podcast on an episode titled “The Rise of Jonas”.

A second, bigger step back occurred the following month. “The first conference when the world started opening up again was at South Coast Summit in Southampton, UK, on October 16 - and I was there!

“Eight months after the stroke and trying to fix my brain and my body, I was again speaking from a stage. The session was about me today and how to get back to the work I really miss.” Moreover, Jonas is pleased to note that, despite his condition, he did not miss any in-person conferences in 2021.

“I am very glad to be here! I was not expecting me to be alive, and to be the same guy I know from before. [The difference is that it’s] just a bit harder now…”

Jonas notes that it is possible to identify when somebody is having a stroke and that the sooner the person can receive medical attention, the better their recovery.

So, Jonas recommends that everyone knows to act F.A.S.T:

For more on Jonas, check out his Twitter @Rappen 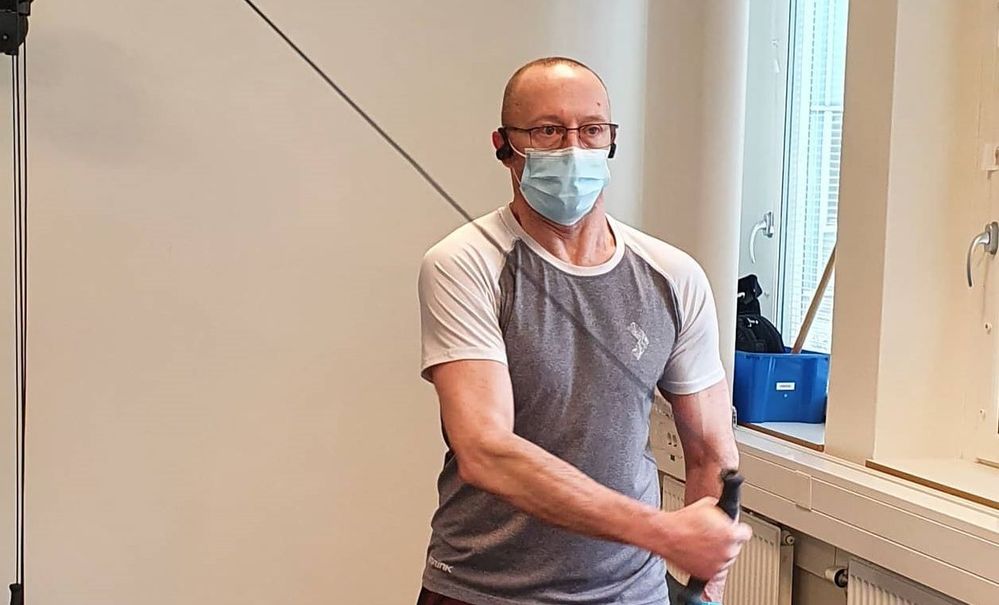