Whether it’s communicating updates, coordinating schedules, or asking for clarification, the ability to discuss tasks with your team is integral to a project’s success. Many users are already using Teams together with Project to ensure their work and communications are all in one place for easy reference.

We’re taking the integration to another level by enabling users the new ability to create Teams conversations for Project tasks. When viewing a Project task inside a Teams tab, users can start a conversation about this task by opening the conversation panel and entering a message. 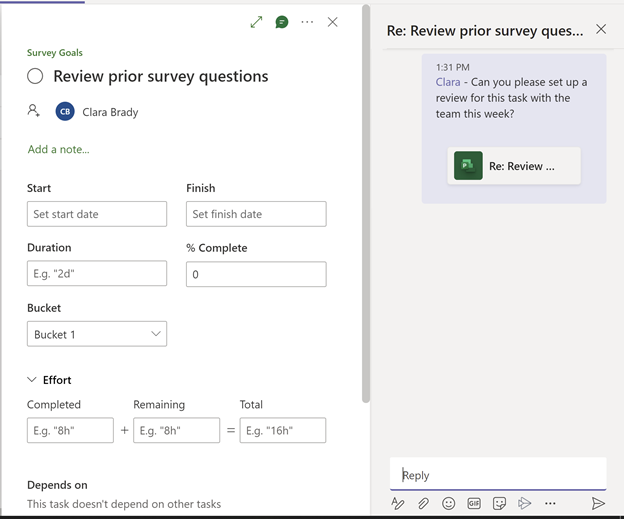 Conversations about tasks are stored in the channel where the project is pinned and are accessible to the entire team through the Posts tab in the channel. All team members can also view the conversation within the context of the Project task by following the link to the task included with the first message of the conversation.

With task conversations, we’re allowing users to mention teammates to call their attention to a specific task or ask a question. This is done within the natural flow of Teams, so the experience is identical to how you mention colleagues in a chat or channel conversation. When someone is mentioned, they will receive a notification in Teams taking them directly to the task conversation, which also contains a deep link to open the task details within the Project for Teams tab.

All the other benefits of Teams conversations are included in task conversations, including support for images, reactions, emojis, and rich text. Users of Project on the Web can easily view or respond to a task conversation in Teams by following a deep link from the task details.

Teams conversations for Project tasks are currently only supported for projects in the default org. 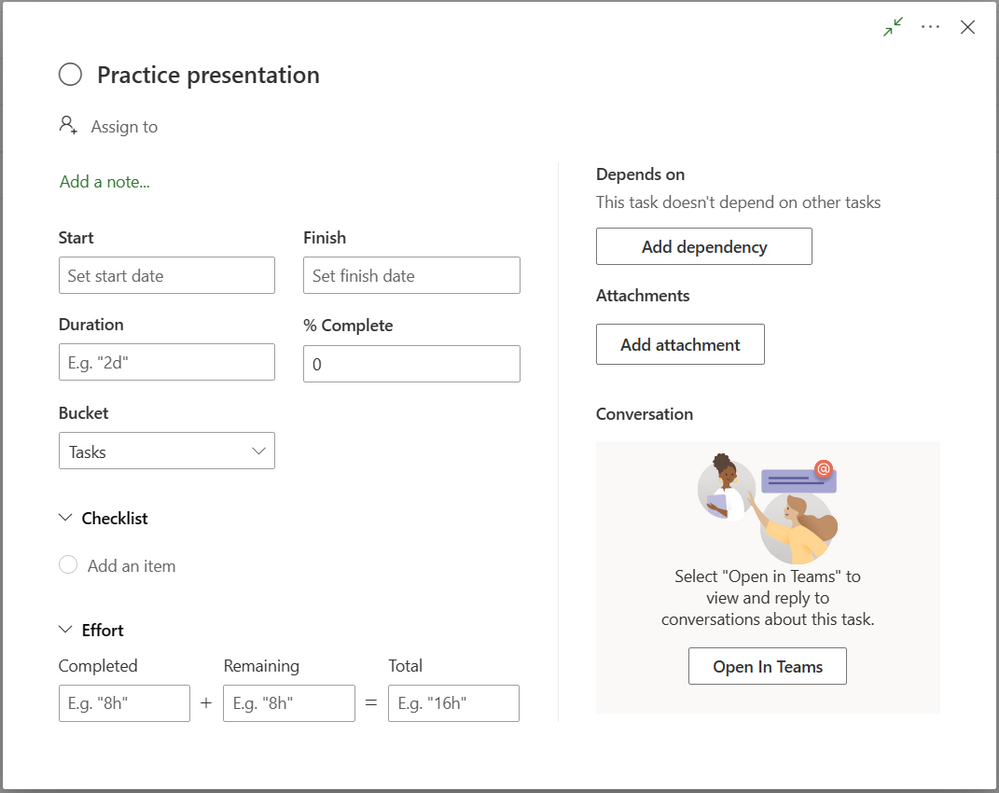 For more information on adding a Teams conversation to your Project tasks in Teams, please refer to our help article here.