Hello Windows Insiders, today we are beginning to roll out an update to the Paint app for Windows 11 to Windows Insiders in the Dev Channel. This update includes a good set of changes and improvements we think the community will enjoy! We have updated the “Edit Color”, “Resize and Skew”, and other dialogs to match the style of the new Windows 11 design and fit in with the new Paint app backdrop. [caption id="attachment_175408" align="alignnone" width="2473"] 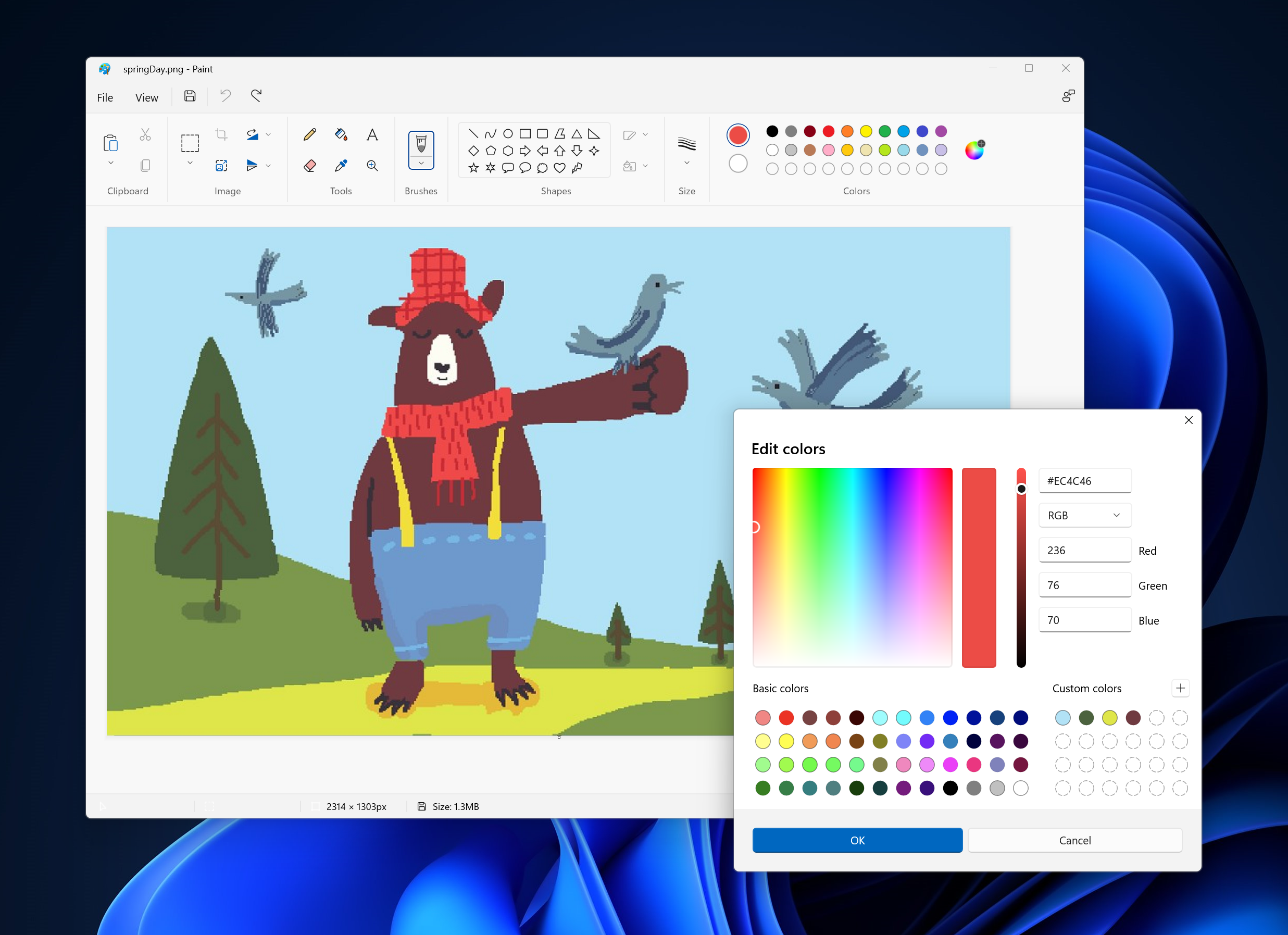 New Resize and Skew Dialog in Paint.[/caption] We’ve made additional fixes in this release as well: As always, we love getting feedback and will be looking out for your thoughts, so share your suggestions in Feedback Hub (under Apps > Paint). Thanks, Dave Grochocki, Principal Program Manager Lead – Windows Inbox Apps