Polls is a newly released app in Teams meetings, aims to provide an intuitive and easy-to-access experience when you are searching for a polling tool in Teams meetings. You can find it in multiple locations in Teams via top navigation bar, message extension, sidebar navigation (“…” button) and Teams app store. In addition, you can add it directly to your meetings or chats without login or setup process. 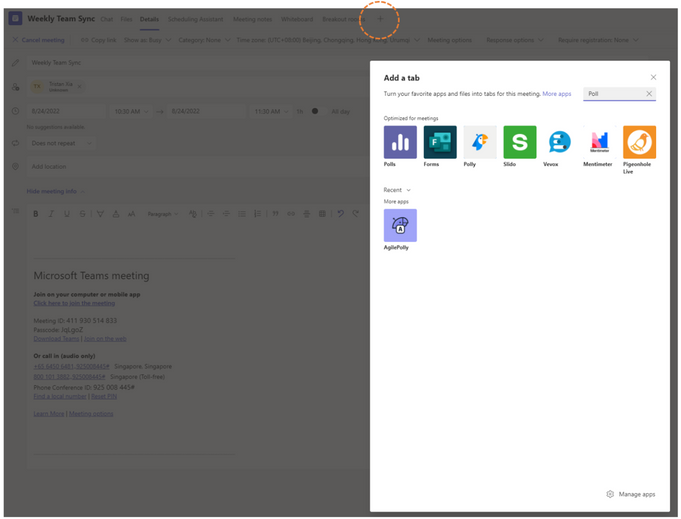 Today, you can install the Polls app when you’re scheduling a Teams meeting, so that you can leverage the polling experience to engage directly with your audience or drive for decisions and alignments. In the screen shown above, you can access the Polls app via the “+” button at the top navigation bar in your Teams meeting. 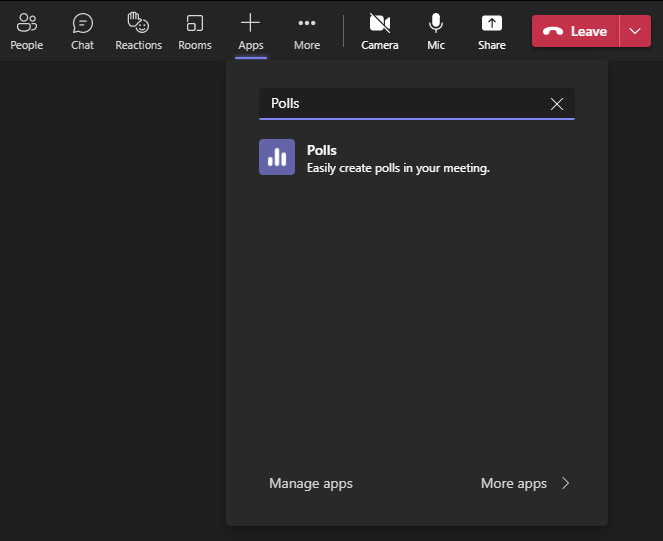 In case you didn’t get a chance to add the Polls app to your Teams meeting, you can still install and launch a poll within just a few clicks via the same “+” button at the top navigation bar. Once the Polls app is added, you can click on the tab, and you will see a list of poll suggestions in the side-pane to give you a jump-start. 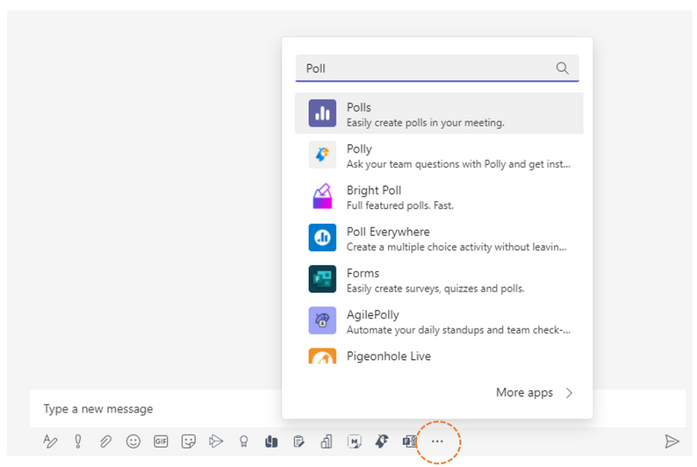 Polls app can also be found in the “…” button (aka. Message Extensions) on the toolbar in the chat window. You can add them to the Teams meeting chats, group chats or your chats in the Teams channels, as polls are effective in these occasions to drive consensus and decisions.

If you start searching for apps from the sidebar navigation in Teams, either via “…” button or clicked in for the app store, you can find Polls app in both locations. 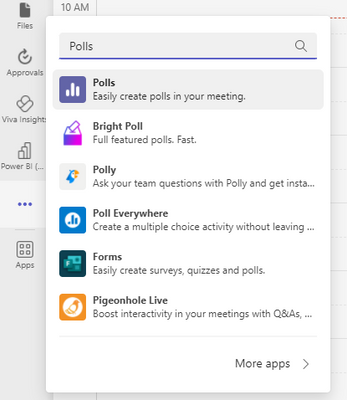 This will take you to a different route of finding the Polls app first, then adding it to your designated meeting or chat. 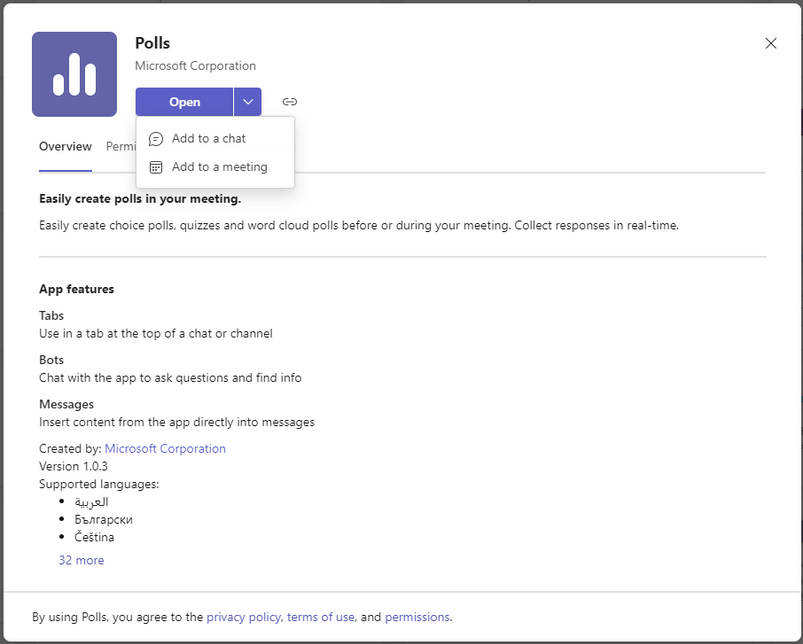 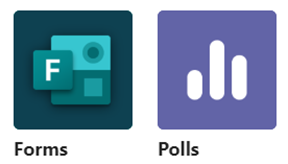 Both Polls and Forms are developed by the Microsoft Forms team, and Forms app was initially designed for Teams meetings in a lightweight experience to collect quick feedback for an engaging in-meeting experience. As we’ve seen Forms app being utilized in more Teams meetings and the naming convention might not always be intuitive, as many of the Teams meeting users are also Forms web users and they are expecting a survey experience. With this understanding, we’ve rolled out the Polls app for an intuitive experience and distinguish the two experiences with separate apps in Teams, and we will continue to iterate the Polls app with more functionalities and improved experience.