SmartNICs or Data Processing Units (DPUs) bring an opportunity to double down on the benefits of a software-defined infrastructure without sacrificing the host resources needed by your line-of-business apps in your (virtual machines) VMs or containers. With a DPU, we can enable SR-IOV usage removing the host CPU consumption incurred by the synthetic datapath, alongside the SDN benefits. Over time, we expect that DPUs will provide even larger benefits and redefine the host architecture for our flagship edge products, like Azure Stack HCI.

Recently, we demonstrated how to build and run CBL-Mariner on an NVIDIA BlueField-2 DPU. DPUs enable the use of Software-defined networking (SDN) policies alongside traditional kernel-bypass technologies like SR-IOV. This is a powerful combination that yields the security and agility benefits only possible through hardware accelerators in a software-defined network.

There are several components to this demonstration:

In a traditional (non-DPU) SDN environment, Virtual Filtering Platform (VFP) is loaded as an extension in the Hyper-V virtual switch. Since policy is enforced in the Hyper-V virtual switch, and SR-IOV bypasses this component on the data path, Access Control Lists (ACL) and Quality of Service (QoS) cannot be enforced. In this prototype, we move VFP to the DPU so that policies can be applied to the SR-IOV data path as well.

In this prototype, the policy application now works in the following way: 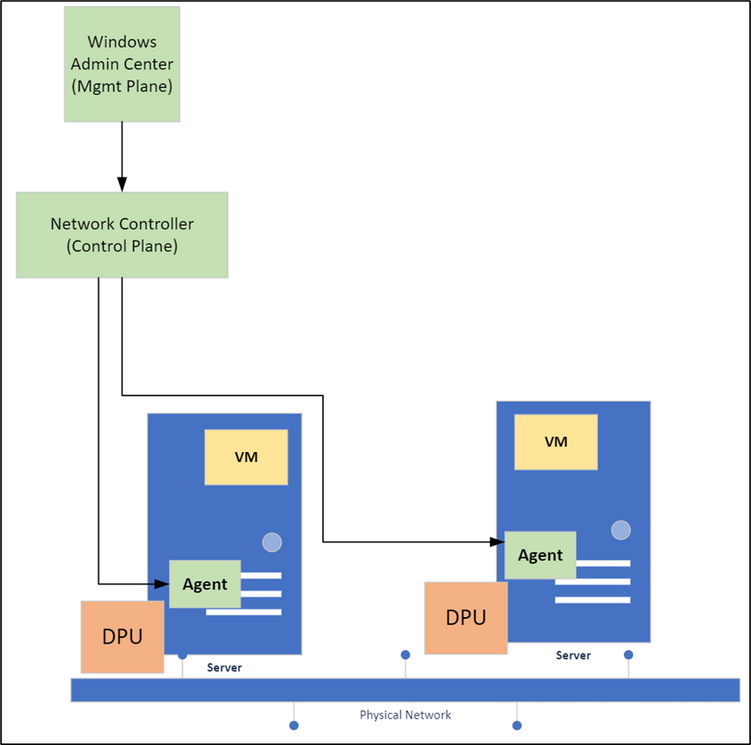 In the image below you can see the hosts have a virtual network, tenant1, configured in Windows Admin Center.

In this image, there is a Network Security Group with a Network security rule (ACL) named, NTTTCP_Allow_All that allows NTTTCP to receive inbound traffic for all virtual machines in the tenant1 virtual network.

This host CPU consumption will continue to grow as bandwidth consumption by VMs and containers increases.

Now we enable an SR-IOV VF on the guest VMs, offloading the data path while still enforcing the SDN policies. This image shows NTTTCP output from within the guest reaching line rate of 96 Gbps.

In this image, the host CPU remains nearly untouched. This returns the 8 cores previously used by the synthetic data path (42% of the host CPU for 60 Gbps) to be used by customer workloads (VMs or Containers). This means more VMs on the same servers, or less servers needed for your workloads. 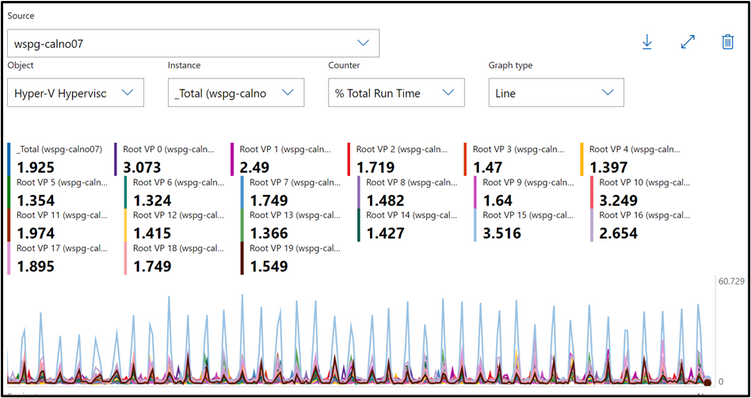 In a common edge deployment model, there are many smaller, independently managed environments where the total cost of ownership needs to be optimized. In today's configurations, infrastructure runs on the same server and CPUs that host customer workloads placing a significant drain on resources which necessitates larger cluster deployments and increased cost.

In this prototype we demonstrated the host CPU reduction with SR-IOV alongside the Microsoft SDN stack, enabled by a Nvidia BlueField-2 DPU. Stay tuned for more prototypes!