It has been a while now since SQL Server 2016 has been generally available . We trust you are excited with the great capabilities that SQL Server 2016 brings to you, and have either already installed or will be installing it soon.


At this time, we want to remind you of a critical Microsoft Visual C++ 2013 runtime pre-requisite update that may be* required on machines where SQL Server 2016 will be, or has been, installed. Installing this, via either of the two methods described below, will update the Microsoft Visual C++ 2013 runtime to avoid a potential stability issue affecting SQL Server 2016 RTM.

* You can determine if an update is required on a machine via one of the two methods below:

If you determine the update is required on a machine where SQL Server 2016 will be installed, and select to apply KB3164398 via method 2 above, you have the option to download the update and have it applied as part of the installation without internet connectivity present .

This blog post details the steps to integrate KB3164398 when you install SQL Server 2016 RTM installation on a computer with no access to the Internet (a.k.a. offline install.) 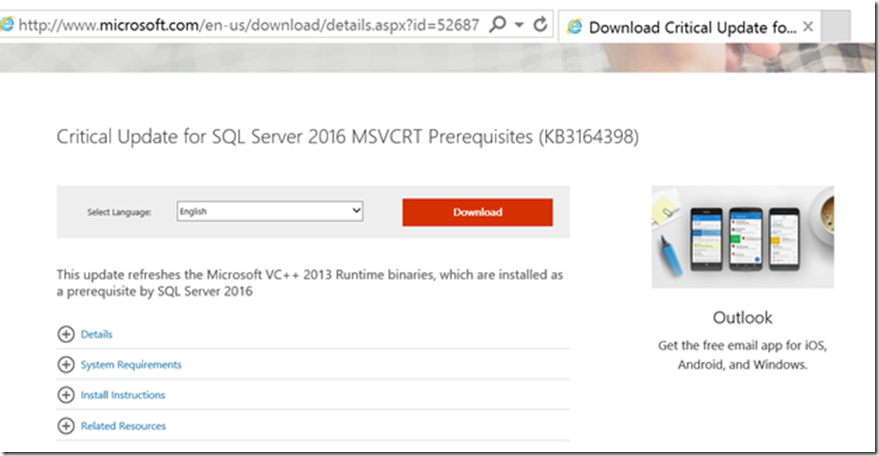 For example, let’s say that you downloaded the SQL installation media to C:\temp\SQL2016_GDR .


Step 2: Execute SQL Server 2016 RTM setup.exe from the command line and include the /UPDATESOURCE parameter


This step is where we ‘tell’ SQL 2016 RTM setup.exe to incorporate (slipstream) the now accessible KB3164398 update into the desired installation or upgrade without internet connectivity. To do this, we must use the /UPDATESOURCE parameter to RTM setup.exe from an administrative command prompt:

If this command line is correct, SQL Server 2016 Setup will detect the KB3164398 update and list it in the ‘Product Updates’ screen as shown below: 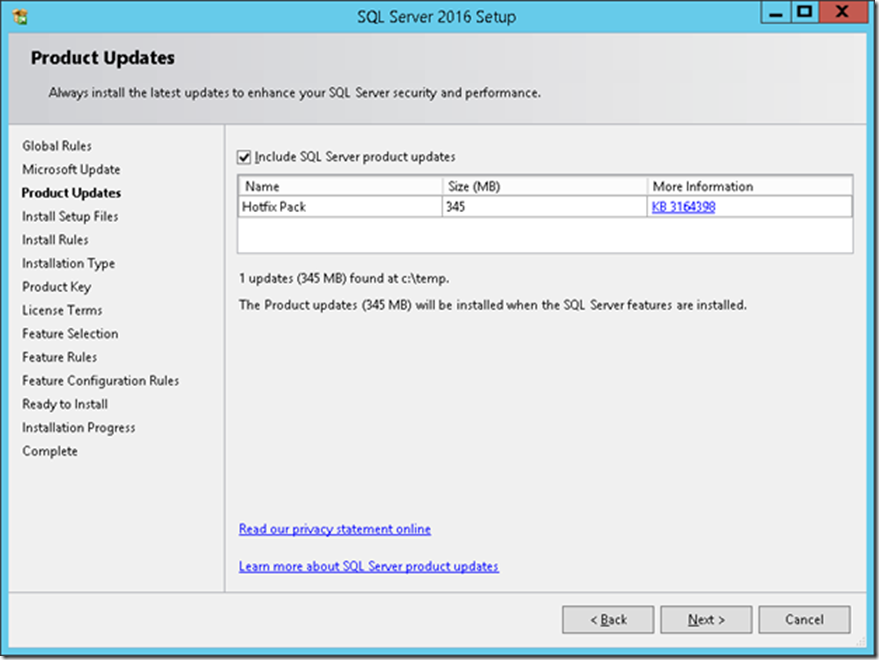 In subsequent screens, you will see the ‘Extract Setup files’ step below will have an ‘In Progress’ status. That means that the update package is being extracted and will be installed. 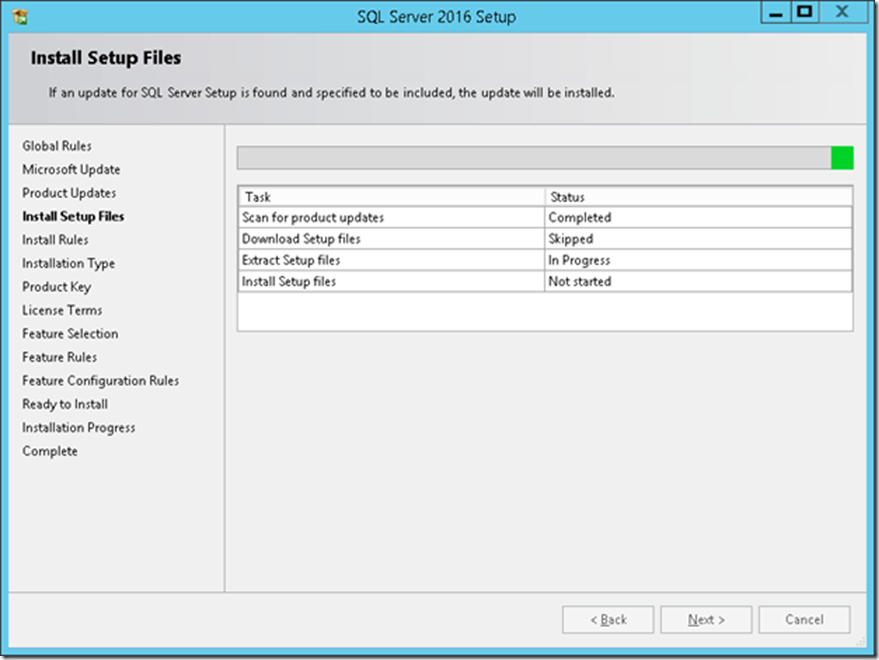 Skipping forward to the last ‘Ready to Install’ screen, you will observe that the ‘Product Update’ section (as highlighted in the below screenshot) has the properties as below. 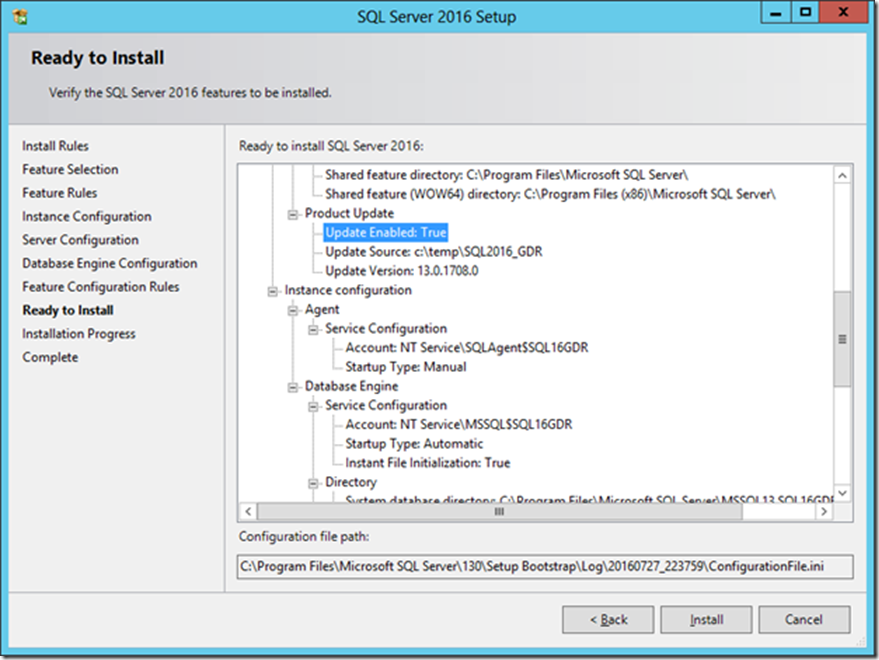 
To validate that the correct version of the VC++ runtime has now been installed and loaded, execute the following query using SQL Server Management Studio or SQLCMD:
SELECT name, file_version
FROM sys.dm_os_loaded_modules
WHERE name like '%msvcr120.dll%'
The version should be 12.0:40649.5 . If that checks out, then you are good to go! If it does not, you are most likely missing a reboot. Did you skip that reboot when prompted by setup?


Step 4: Validate the update has been applied


You may also validate successful installation of the update in the new instance by executing:
SELECT @@VERSION
Given the various options described above, please note the following: