This post has been republished via RSS; it originally appeared at: Data Center Security articles.

First published on TECHNET on May 15, 2017
If you have heard about Credential Guard in Windows Server 2016 (and in Windows 10), but do not have an environment to try it out, here is a lab environment we built for you to play.


The link will lead you to a sign up page, after that, you will see the following labs listed for Windows Server 2016:

There are 3 exercises in the Implementing Breach Resistance Security in Windows Server 2016 :

This blogpost will walk you through the Credential Guard lab details.

After click on the link of Breach Resistance lab, you be required to sign in and then you can launch the lab: 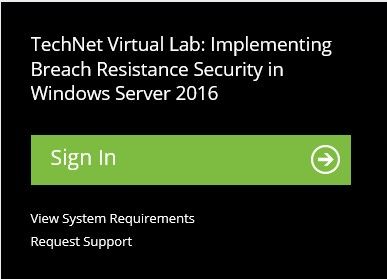 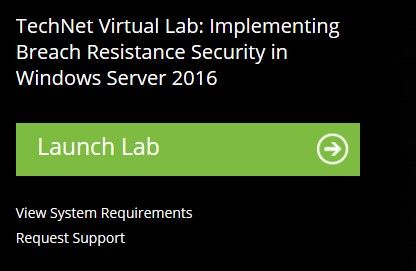 It takes a few minutes to create the VMs, and once it has done, you will see the following machines prepared: 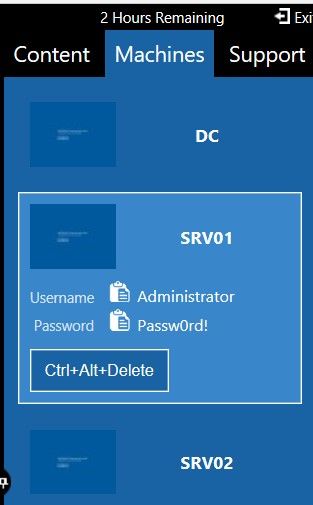 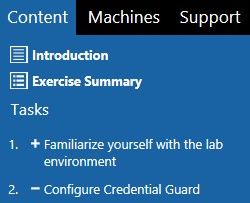 This lab is structured to cover the following in sequence:

You can follow the steps listed under the content section to complete the lab, the intent of the blog, is to break the procedures into groups, to help you understand the exercise better.

This is accomplished by step 1-8.


Mimikatz is a popular tool for retrieving lsass memory information. The tool has been copied to the lab machines, step 9-13 walk you through the process of dumping lsass memory using Mimikatz.


Pass the hash is a hacking technique that allows an attacker to authenticate by using the underlying NTLM, instead of specifying the user password. In step 14 to 24, you will extract LabAdmin hash from lsass using Mimikatz, and use the hash to open a PowerShell console, and perform a couple of operations using the LabAdmin privilege:


Both operations could not be performed by the logon user. But using the hash of the LabAdmin, an attacker will be able to do it using the information retrieve from Lsass memory.


Step 25 to 36 illustrate the steps to configure credential guard, then verify its status using msinfo32.exe and PowerShell.

Step 37 to 43 goes further to use Mimikatz to show the hash in Lsass is now encrypted using Credential Guard.


The exercise illustrated the benefit of Credential Guard in Windows Server 2016 as well as Windows 10. For more information, you can find here .