Vue has quickly become one of the most popular front-end JavaScript frameworks. Because of its progressive design, you can start adding Vue.js to your existing applications or start creating new ones with a single script import. It’s also designed to scale, so it can grow with your applications. If you’re curious about Vue.js, we’re here to help you get started. We'll introduce ourselves and the video series and help you quickly start using Vue.js.

Vue.js (also called Vue) was created by Evan You and first released in February 2014. His objective for Vue was to create a progressive, lightweight version of JavaScript.

Vue was designed to allow developers to create a user interface by adding a set of custom HTML attributes that connect software components with data. To accomplish this task, Vue.js interprets the HTML attributes as directives that bind input or output parts of the page to a model. The model is represented by standard JavaScript variables.

You can add the Vue core library to any page and immediately start creating dynamic HTML markup that uses powerful features for data binding and event handling, and grow to full modularized applications based around Vue.js using single file components. 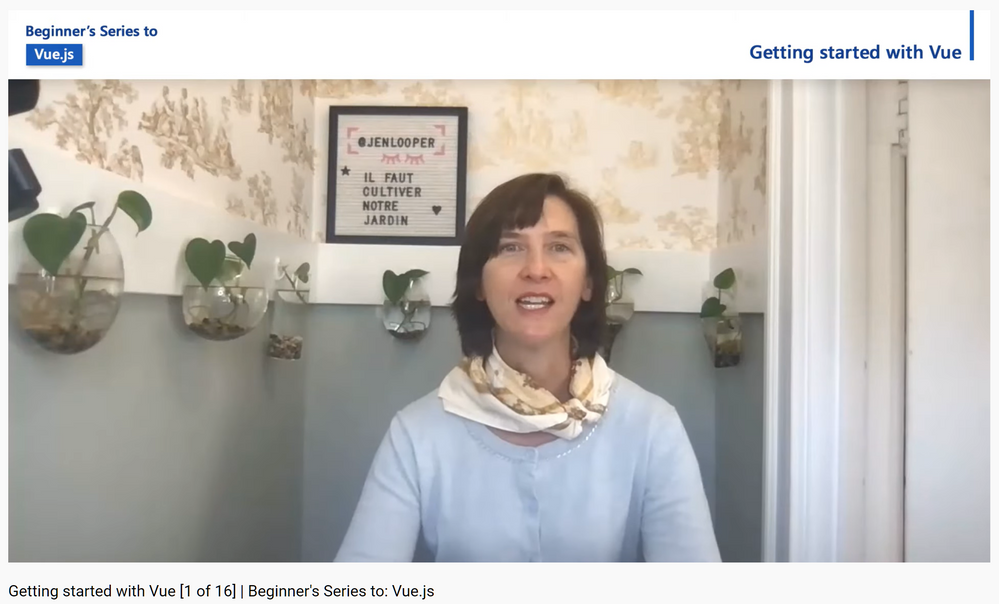 If you want to learn more about Vue.js, here's some places to get started:

During our videos, we used the following software: