There is some good news for those of you wanting to shard your Postgres database in the cloud, so that as your data grows you have an easy way to scale out your Postgres database. I’m delighted to announce that Citus 10—the latest open source release of the Citus extension to Postgres—is now generally available in Hyperscale (Citus).

Hyperscale (Citus) is a built-in option in the Azure Database for PostgreSQL managed service, which has been around for a couple of years to help those of you who would rather focus on your application—and not on spending cycles managing your database. 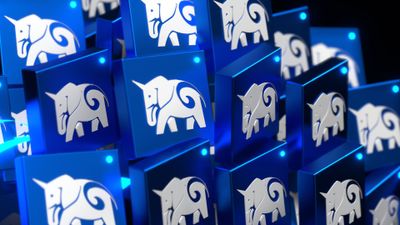 Back in May we announced the preview of quite a few major features in Hyperscale (Citus)—including Postgres 12 and 13 support, Citus 10 with columnar compression, and read replicas to name a few. You can find all of the details are in my previous “What’s new” blog post, but here’s a quick bulleted list:

Citus 10 and all the features above are now generally available in Hyperscale (Citus) in the East US, Germany West Central, and Korea Central regions.

This means that when you provision a new Hyperscale (Citus) server group in one of those regions, you are going to get access to all these features (and more). In the coming weeks, we will gradually roll out these new GA features in all Azure regions where Hyperscale (Citus) is available.

And if you have an existing Hyperscale (Citus) cluster: once Citus 10 and the rest of these newly GA’d features are rolled out to your region, you can expect us to plan and then update your existing server groups to give you access to the new GA features, over the course of a couple of months. We will include this update as a part of a scheduled maintenance event for your server group. Updates during scheduled maintenance are performed using failover and require a short downtime, in most cases under 60 seconds. And if you can’t wait for regular maintenance and want access to Citus 10 and the rest of these GA features sooner, we can update your server groups on demand as soon as this update reaches your region. Just ask us via e-mail.

If your Postgres database doesn’t need the power of multiple nodes yet, you can select Basic tier when you first provision your Hyperscale (Citus) instance. Basic tier is what we call the new “single-node Citus” feature and it allows you to shard your Postgres tables on a single node. With Basic tier, you can be “scale-out-ready” by using a distributed data model from the start—and you can easily graduate to Standard tier and add nodes later. Or you can use Basic tier as a handy way to try out Citus. You can find more details about Basic tier in the docs.

How to get started scaling out Postgres with Hyperscale (Citus)

To figure out if Hyperscale (Citus) in Azure Database for PostgreSQL is right for you and your app, here are some ways to roll up your sleeves and try it out. 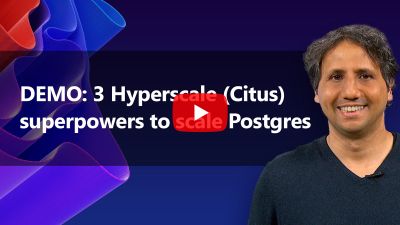 Figure 1: Watch this short video demo of Hyperscale (Citus) that showcases some of the new Citus 10 features, including Basic tier (aka single-node Citus) and columnar compression. The demo also showcases the type of performance improvements you can get by scaling out Postgres.