Welcome back to Reconnect, the biweekly series that catches up with former MVPs and their current activities.

This week we are thrilled to be joined by none other than three-time titleholder Mark Wilson.

Based in Buckinghamshire, United Kingdom, Mark is a Principal Architect in the Advisory and Management Group at Risual.

Building on his previous technology leadership, IT strategy and practice management roles, Mark has responsibility for the leadership of Risual's architects and the associated methods while continuing to deliver consulting services to clients.

Recent engagements include assisting a local authority with their Windows 10 upgrade and the adoption of Microsoft Azure services and supporting network infrastructure in preparation for the exit from an existing datacentre hosting contract.

During a career spanning more than two decades, Mark has gained widespread recognition as an expert in his field including both industry and national press exposure.

In addition to certifications from Microsoft, VMware, Red Hat, The Open Group, and Axelos, Mark held the Microsoft MVP title for three years and is now proudly part of MVP Reconnect.

Marks considers himself a technologist, cyclist, photographer, and all-around geek. Mark is also well-known on social media and maintains an award-winning blog.

For more on Mark, check out his blog and Twitter @markwilsonit 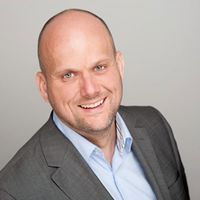