In this episode of MidDay Café, we had a great series of topics we discussed, and demonstrated, including: Teams Breakout Rooms V2, Word Clouds for Forms, Audio Podcasting with Viva Connections, Power BI Roadmap, and Surface Hub and Collaboration Rooms.

Keep up to date with MidDay Café: 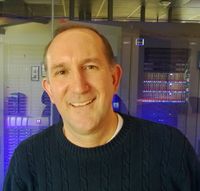