.NET 6 is the latest version of .NET and it’s generally available today. The Azure Static Web Apps team is excited to announce that you can now run full-stack .NET 6 apps on Static Web Apps!

What is Azure Static Web Apps?

Azure Static Web Apps is a service that automatically builds and deploys full-stack web apps to Azure from a code repository. It supports popular frontend frameworks, including Blazor WebAssembly.

If you need a backend API, you can add Azure Functions to your project’s repository.

Each time you push changes to your repository, Azure Static Web Apps automatically builds and deploys both your frontend app and backend API. 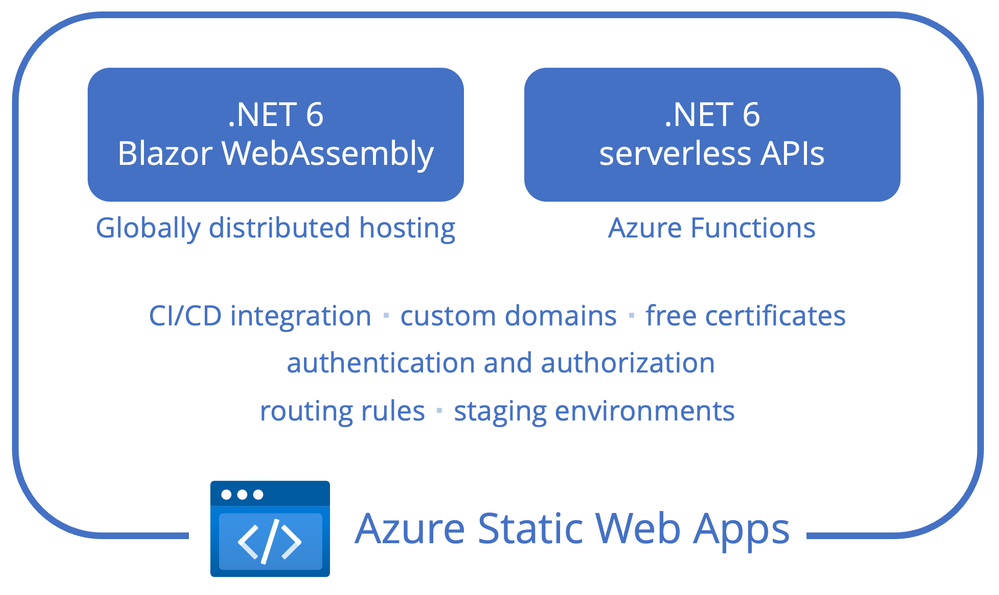 By using .NET 6 for your entire stack, you can leverage the latest language and runtime improvements in .NET, and you can seamlessly share code between your Blazor WebAssembly app, Azure Functions, and other .NET applications.

Azure Static Web Apps has a generous Free plan that has everything you need to get started. Check out this tutorial to learn how to deploy a static web app with .NET 6 Blazor WebAssembly and Azure Functions.

And don’t miss our session at .NET Conf—"Full-stack .NET with Blazor WebAssembly and Azure Static Web Apps"—streaming live on November 10 at 18:30 UTC (10:30 PST) and available on-demand following the conference!

.NET 6 GA is currently deploying to our platform. Your apps might build with the .NET 6 RC2 SDK until the GA runtime and SDK are fully rolled out to all regions and components over the next 24 hours.