As a company, we are committed to making Java developers as efficient and productive as possible. This commitment means empowering you to use any tool, framework, and application server on any operating system. Wherever you are with Java, Microsoft supports your workload with an abundance of choices and with a wide range of developer tools and services. 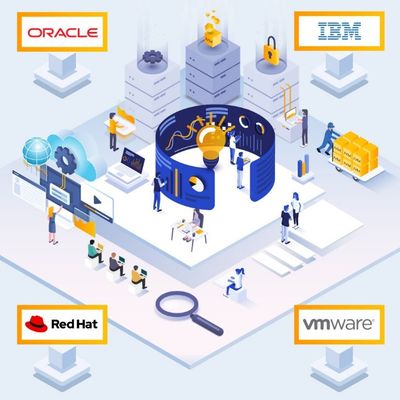 You can also use a wide range of development and DevOps tools—including Visual Studio Code, IntelliJ IDEA, GitHub, Playwright, Apache Maven, Gradle, and many others. These tools enable you to build, test, and bring your Java apps to the cloud while collaborating effectively and saving time and money.

Asir Selvasingh from the Java on Azure engineering group has written a detailed paper called Code, Deploy, and Scale Java Your Way (view PDF). This paper provides a detailed look at the Java ecosystem that Microsoft has carefully curated and invested in for Java developers. 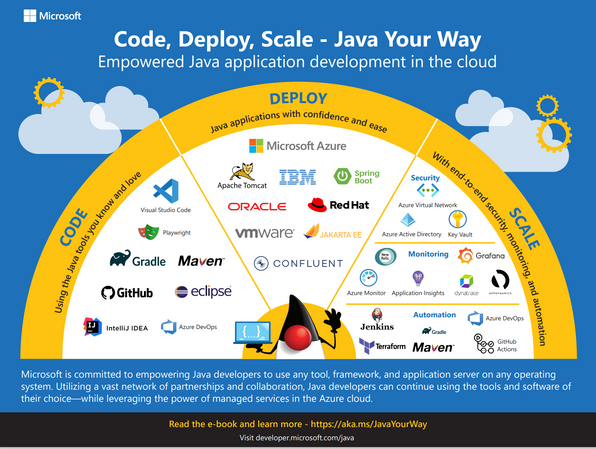 Microsoft relies on Java. And we use it. A lot.

Many people are surprised to learn that we’re using Java to run significant parts of Microsoft—and empower thousands of customers to do the same. Specifically, Bing — Microsoft’s web search engine, which also powers the search feature in the Windows Start menu — uses Java to perform indexing-related functions. Beyond Bing, Azure’s infrastructure control plane, and other divisions such as LinkedIn, Minecraft, and Yammer use Java extensively. We have deployed over 2 million JVMs for our internal systems and business needs.

We actively support Java community organizations to invest in and help promote the future of Java. We contribute to OpenJDK, and Eclipse Adoptium, Jakarta EE, and MicroProfile in the Eclipse Foundation; we are also a member of the Java Community Process.

Over the past several years, thousands of Microsoft customers have moved to Java on Azure, including well-known companies such as Adobe, AIA, Bosch, Daimler, FedEx, J.B. Hunt, Kroger, Maersk, Mercedes Benz, and Swiss Re. We’ve worked side-by-side with the engineers at these companies to ensure success. Similarly, we work closely with the internal groups at Microsoft who use Java, lending our expertise while learning from theirs. Through such efforts, we’ve amassed a substantial body of insight and expertise towards helping new customers build Java applications on Azure or move existing ones to the cloud—including, for example, how moving to the latest versions of Java can help increase performance and reduce costs.

Our engineers and support teams work closely with our customers to run and scale their Java apps efficiently on Azure. Customer success stories, options for customer support, and consistent programming of technical content on Java are all ways Microsoft helps developers succeed.

Want to learn more about Microsoft’s focus on Java? We have another new paper by Bruno Borges and Theresa Nguyen from our Java Engineering Group that delves into details of how Microsoft applies Java (view PDF).

I invite you to check out our new web page for Java developers – developer.microsoft.com/java with the latest content and links to technical documentation, learning paths, and on-demand videos from our conferences and our Java Cloud Developer Advocacy team. 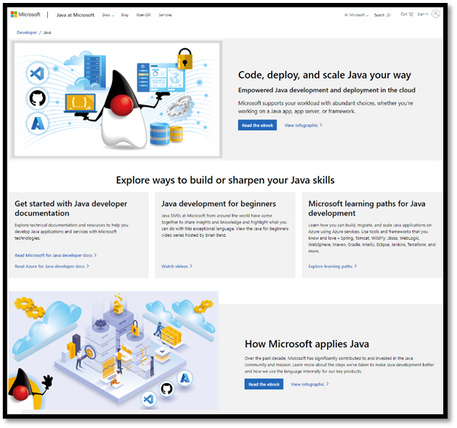 Java developers, I am cheering you on… Let’s build great apps together!