Identity compromise is a pivotal component in any successful attack. By taking control over a legitimate organizational account, attackers gain the ability to move around the network, access organizational resources, and compromise more accounts.  With sufficient permissions in hand, attackers have the “keys to the kingdom” to finally achieve their objective – encrypting the entire network, exfiltrating emails or other confidential information, or any other malicious goals. Because of this, it is critical for defenders to have wide visibility into identity activities and gain assistance in spotting suspicious or abnormal activities. This helps defenders identify, investigate, and respond to identity compromise, stopping and evicting attackers from the network.

With the appearance of modern attackers like Nobelium, we have seen identity compromise scenarios taken to the next level - extending across the organization’s on-prem network and cloud environment.

With Nobelium, attackers infiltrated the on-prem network and managed to compromise accounts with permissions to the AD FS server, which serves as an “LSASS of the cloud” – enabling users of the organization to gain access to cloud resources and services. Once attackers gained control of the AD FS server, they were able to mint tokens for cloud access and reach into user’s mailboxes to read and exfiltrate content. 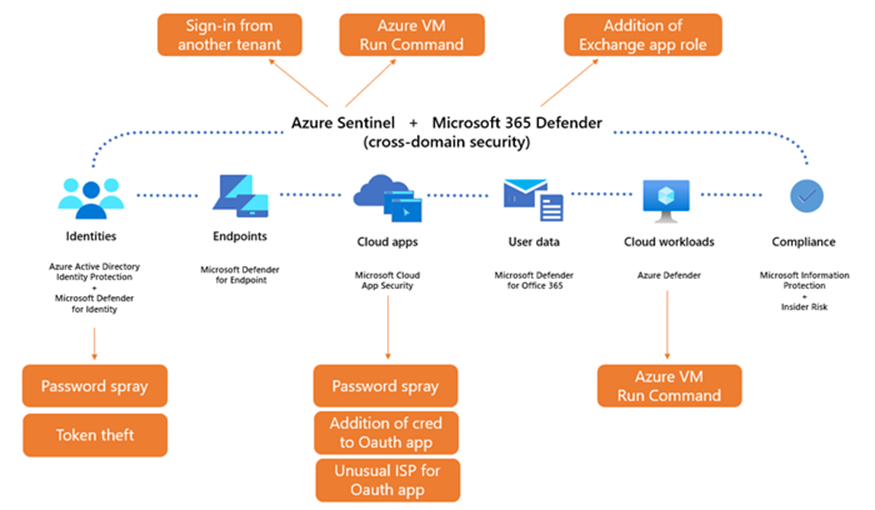 Defenders must be able to monitor and protect identities of all kinds, across on-prem, in the cloud, and in-between.

Identity Protection is an important defense in your battle against identity compromise, bringing visibility and protection of Azure Active Directory identities. 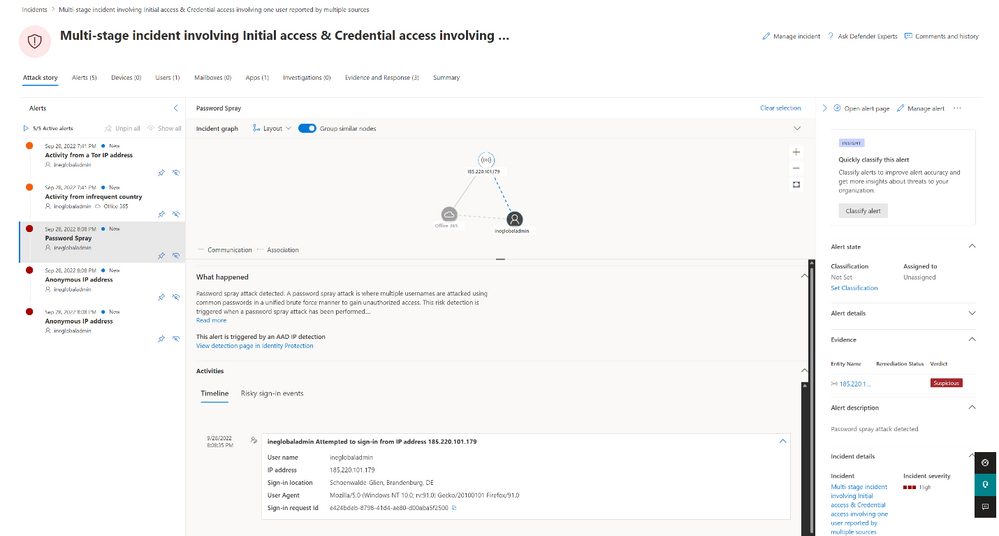 Example of an Azure AD Identity Protection alert within an incident

To best leverage these Identity Protection signals and tune your environment to reduce false positive, we recommend you enable the risky user and risky sign-in policies for automatic remediation.

Investigating Azure AD identity compromise alerts as part of the end-to-end incident helps security teams more easily determine root cause, identify affected identities in the attack, and handle the compromised identities more quickly and efficiently. For example, you can suspend specific accounts to block an attack progression and limit its impact. You can also confirm a user as compromised to move them to high risk in Identity Protection and trigger the aforementioned risky user policy to securely change their password.

A risky user in Microsoft 365 Defender with risk level generated by AAD Identity Protection and confirming that the user is compromised. 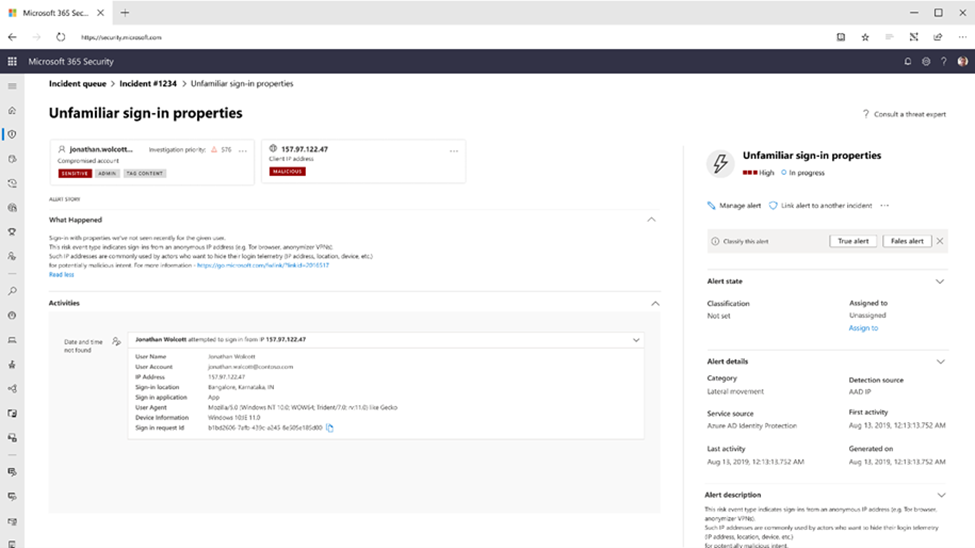 By default, only the most relevant alerts for the security operation center are enabled. If you want to get all AAD IP risk detections or turn the integration off, you can change it in Microsoft 365 Defender setting page under “Alert service setting” section 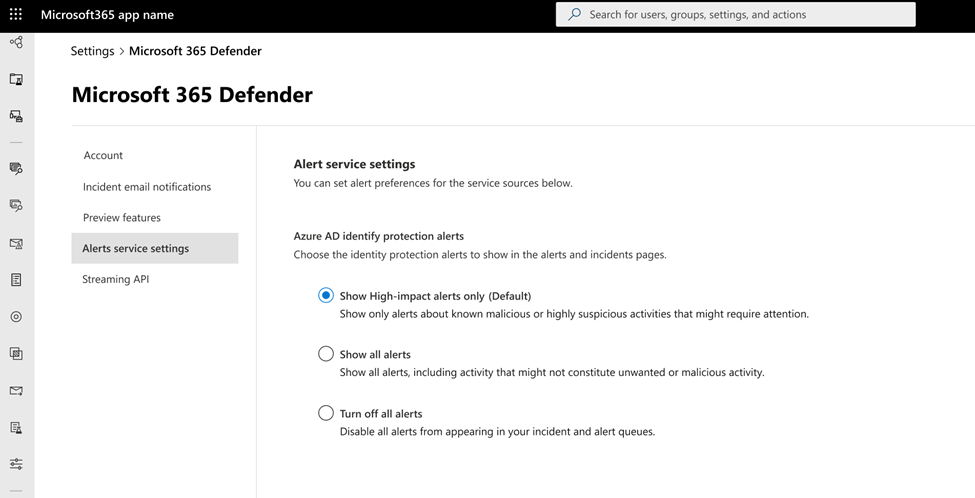 Additionally, there are several M365D correlations that generate new cross-product detections based on the compromised user alerts coming from AAD IP. Alerts include: "Suspicious searches in Exchange Online", "Suspicious quantity of downloaded archive files", "Suspicious domain trust modification following risky sign-in", and "Suspicious Addition of an Exchange related App Role". By enabling the integration, you will also benefit from the combined detection signal.

We’re excited for you to use and test this new capability, and we’re interested in your feedback! Let us know what you think by using the feedback tool in the Microsoft 365 Defender portal.