The Azure Functions team released the V2 programming model for Python, learn more about the offering and try it out today!

The v2 programming model is designed to provide a Functions development experience that is more familiar to Python developers. Key features include triggers and bindings declared as decorators, importing through blueprints, and easy to reference documentation.

With the V2 programming model, customers will benefit from:

The v2 new programming model enables customers to create function applications with ease – leaning towards fewer Functions concepts, and instead emphasizing Python principles. Furthermore, it provides an easier import experience, requires fewer files, and is supported by easy to reference documentation. Note that leveraging the v2 model will alter the way you create functions, but the underlying experience when it comes to monitoring, debugging, and deployment will remain the same.

Following is a side-by-side comparison of the programming models, highlighting the difference in changes. 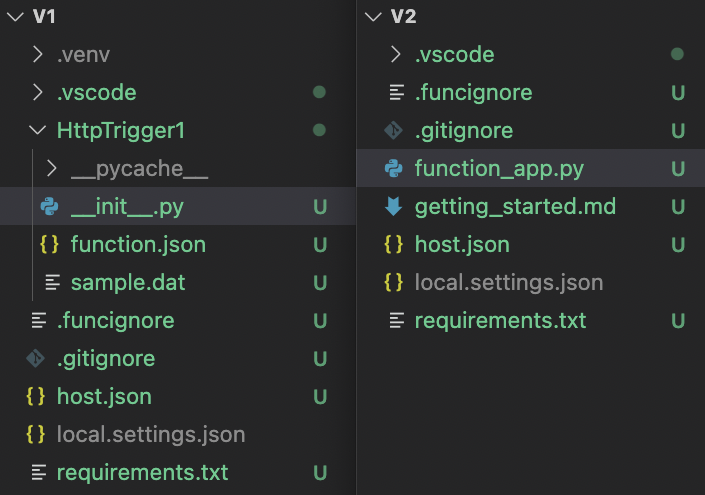 In the v2 programming model, triggers and bindings will be represented as decorators. This aligns with well-known Python frameworks and will result in functions being written in much fewer lines of code. Using decorators will also eliminate the need for the configuration file ‘function.json’, and promote a simpler, easier to learn model.

Documentation will be more readily accessible and easier to reference with PyDocs. As shown below, when declaring triggers and bindings, in depth documentation is available from the moment one starts typing. 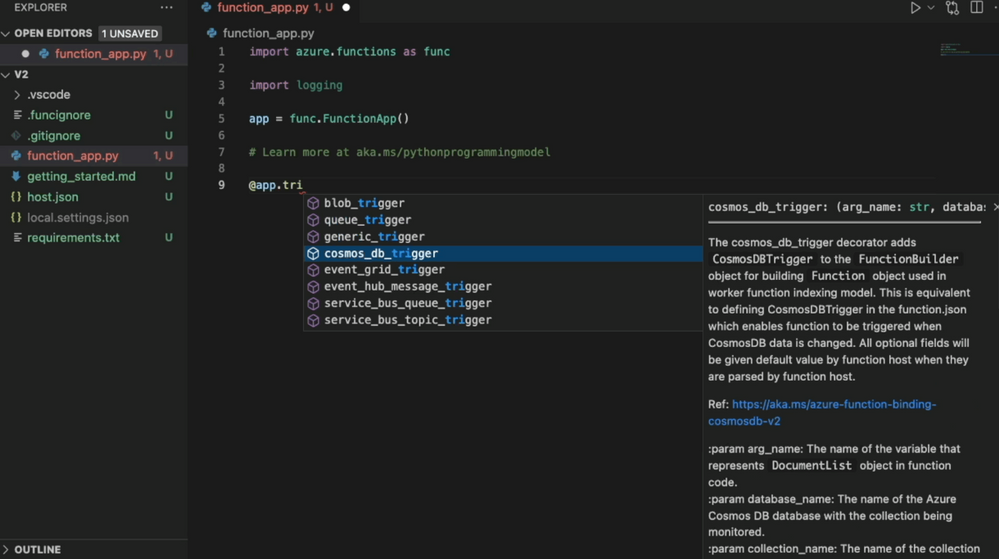 Documentation and hints are available during development

Furthermore, when creating a new function in Visual Studio Code, customers will have the option to “Preview Template” before creating a function. This will enable customers to learn about the trigger and view the code without creating the function or leaving the IDE. 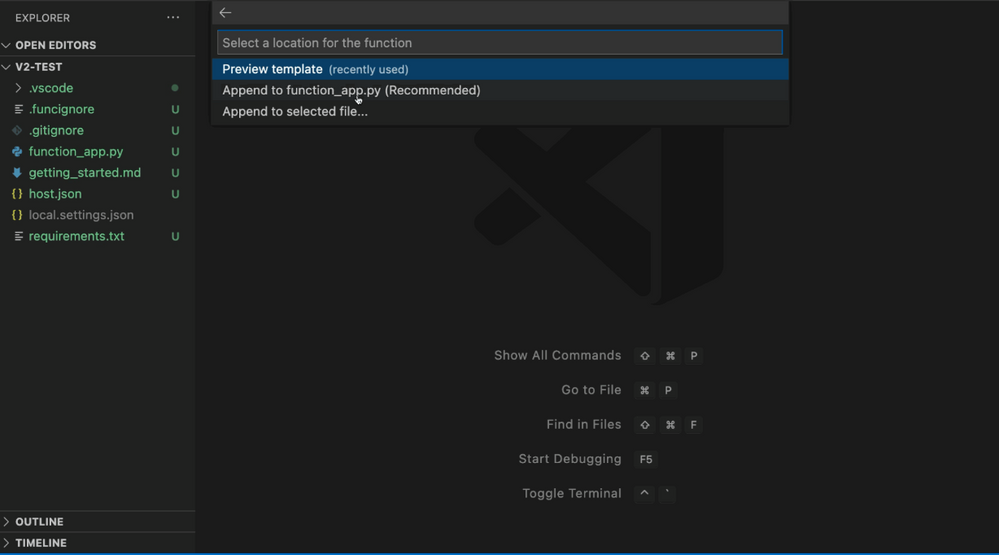 Getting started with VS Code

Getting started with terminal/command prompt

We’d love to hear your thoughts and feedback, let us know by posting your comments on this discussion.