We are pleased to announce the preview of MySQL Server - Migrate User Accounts and Privileges in Azure Database Migration Service. With this new feature, businesses will now be able to migrate a subset of the data in the ‘mysql’ system database from the source to the target for both offline and online migration scenarios. Preview support only allows for Azure Database for MySQL – Single Server as the source, this feature will not be available when running migrations with on-premises or other cloud providers as the source server.

To enable this new feature, the checkbox shown in the image above, and any corresponding databases that have related grants must be selected for migration. When enabled, we will migrate a subset of the tables in the ‘mysql’ system database depending on the version of your source. The tables we migrate for all versions are: user, db, tables_priv, columns_priv, and procs_priv. For 8.0 sources we will also migrate the following tables: role_edges, default_roles, and global_grants.

The progress and overall migration summary can be viewed in the Initial Load tab, as shown in the image below. On the migration summary blade, users can click into the ‘mysql’ system database to review the results of migrating server level objects, like users and grants. 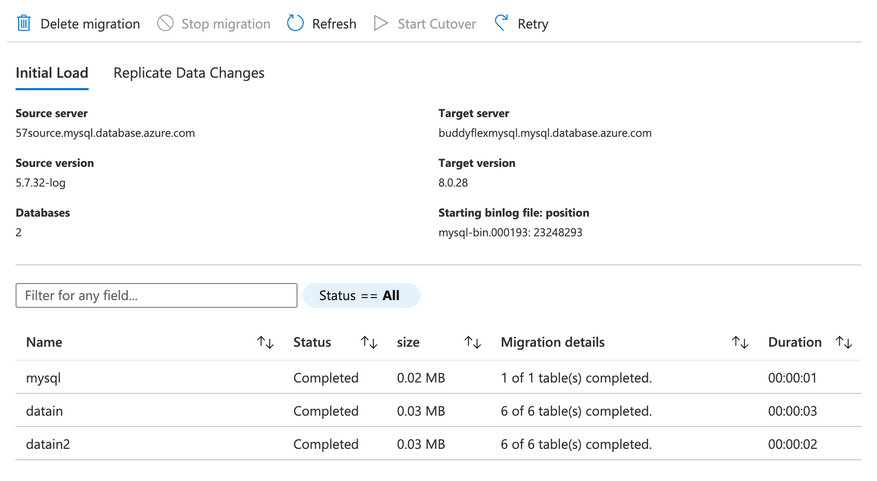 Database specific grants can be viewed by clicking into the other databases, as shown in the image below.