These logs and traces are stored in the ContainerLog table. You can navigate to an autogenerated query from inside the Container Insights blade from the Azure Portal. 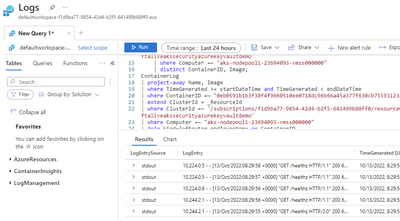 During an engagement, we faced an issue with viewing these logs and traces. We could view the logs in the “Live Logs” tab inside the Portal, but none of these got sent to Log Analytics workspace and we were unable to retain and run Kusto queries against that data. 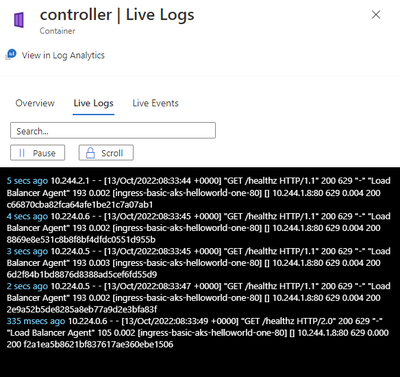 As it turned out, after a troubleshooting session with a colleague, the reason the Nginx Ingress Controller logs and traces were not sent in Log Analytics workspace was the fact that the controller had been deployed to the kube-system namespace, which happens to be excluded by default from the container log collection, based on the below note.

To solve this, the recommended approach, based also on the example in the official Microsoft Learn documentation, is to redeploy the Ingress Controller to a different namespace.

Taking it to the next level, we wanted to do this with zero downtime. For that, a secondary Ingress Controller needs to be created. Then, the ingress routes need to be duplicated to use the secondary ingress controller. Finally, you should do a swap in the Firewall Appliance to redirect traffic to the new Ingress IP address.

Below you can find the detailed steps to deploy and configure a secondary ingress controller:

At this point, you can access the applications using both ingress controllers, and you should be able to redirect all traffic to the new ingress after performing the necessary validations.