“Quantum physics teaches us that we can simultaneously exist in many places, under certain conditions.” 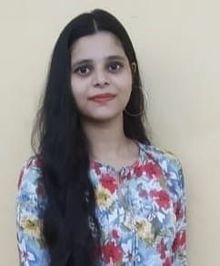 It has really been the most fascinating topic in physics and yet amazing when I call it as “A game of probabilities” adding some more interest in your learning journey.

Quantum Computing is one of the emerging technologies. What if I tell you that a quantum computer does not work on classical bits! That is how we learn about quantum, a game of probabilities with qubits. You must have thought of a computer that can really solve the most complex question three million times faster than a classical computer.

We can imagine using the quantum theories in a computer and then producing something called “super quantum computers.” 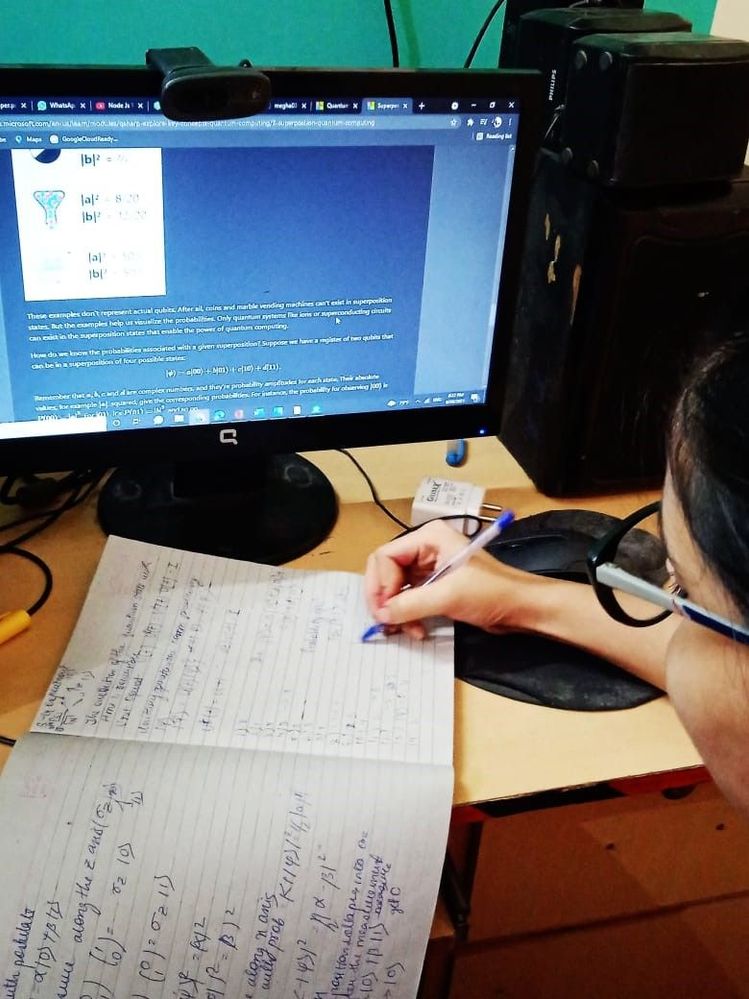 Just imagine a situation where you are playing with your friend and suddenly your most expensive android fell, now you don’t know whether the screen is damaged or not until you pick it up from the floor! (Calling it a Schrödinger’s Phone).

It’s easy to understand the quantum principle once you get to know about Bra-Ket notation (also called Dirac notation) where the inner product two-states are something like ⟨ ϕ | ψ ⟩ bracket as Bra- Ket.

Learning about Quantum principles is yet the most necessary thing, especially about:

Superposition: A state between two bits | ψ ⟩ = α |0〉 + β |1〉, Where α and β are kind of like probabilities with the minor difference that they are complex numbers.

Entanglement: quantum states of two or more objects must be described with reference to each other (just think of a pen and a piece of paper).

By the time you learned so much about quantum computing, let me introduce you to Quantum Inspired optimization, Quantum-Inspired optimization (QIO) takes state-of-the-art algorithmic techniques from quantum physics and makes these capabilities available in Azure on conventional hardware, and callable from a Python client. You can use QIO to solve problems with hundreds of thousands of variables, combined into millions of terms, in a few minutes, with this easy-to-consume Azure service. Let’s understand this with some simple examples where you to choose the best thing at a low cost among the 62,000 cars available in the showroom, QIO would help you out with these certain things yet on a large scale.

Try to relate the above example with the following points:

Enter Q#: Install project templates. The templates are installed successfully once the pop-up window appears on the bottom right corner:

Learn more about how to Install the QDK for Visual Studio Code. 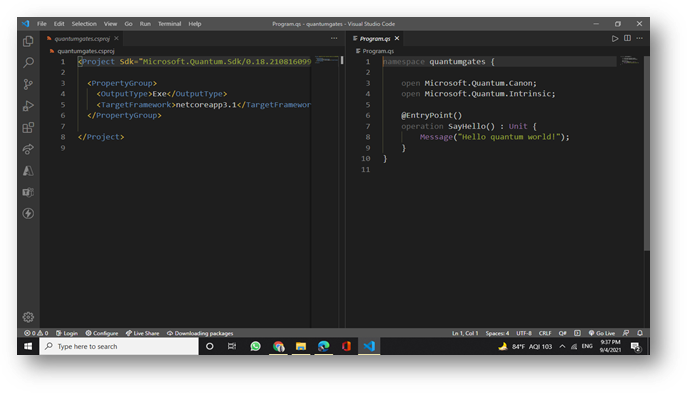 Your first project is ready to run:

Now you can open a terminal and run the code below:

And you will see the output as

Congratulations! Your first project is complete, now you and learn more and try here with: So far, I have learned a lot of things as a beginner from quantum entanglement to superposition and really hope to learn more with Azure quantum. Azure is taking the world and it is no doubt that even we can use it for in quantum development.

The best part of learning quantum with Azure is that you get the best platform of your choice to run your applications.

I worked on Quantum Labs but with a cloud solution is yet the most fascinating thing I would have heard.  There are plenty of resources through which you can learn quantum and find a state between 0 and 1. Just imagine there are so many numbers in between this 0 and 1, quantum is just an approach to solve those world’s toughest problems that you may seem impossible.

It’s amazingly simple to go to the Azure portal. If you don't have a Azure Subscription and your a student you can get an Azure For Student Subscription which offer lots of free services and $100 of Credit.